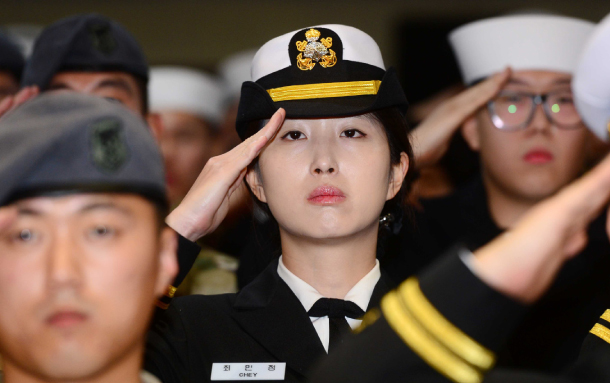 According to industry sources on Monday, the younger Chey joined Hony Capital, owned by Legend Holdings, which also controls Chinese computer giant Lenovo, in July. She is reported to be working in the merger and acquisitions team in the investment arm.

This isn’t the first time Chey has bucked the chaebol trend. In 2014 she made headlines when she applied for midshipman training at the Naval Academy after graduating from Peking University - an unprecedented feat for an heiress of one of Korea’s top conglomerates.

In 2015, she spent six months stationed as part of a crew off the coast of Somalia to protect Korean ships from piracy. Chey’s active service came as a surprise back home, especially as in the past some male chaebol heirs have been criticized for attempting to avoid their mandatory military service.

Chey was discharged in November last year after serving in the second fleet, responsible for guarding the Northern Limit Line in the West Sea, essentially an inter-Korean maritime border.

Whether she would continue to buck the trend in building her career has kept the younger Chey in the headlines since she was discharged. Many sons and daughters of chaebols quickly become executives in their family’s business groups after studying abroad.

Sources say Chey decided to stick with her major. She studied business management at Peking University and has experience working for an investment bank and a venture capital firm before entering the navy.

Her older sister Chey Yoon-jeong joined SK Biopharmaceutical as an assistant manager last year after working for consulting firm Bain & Company until January. She was the first of her siblings to join the family business.