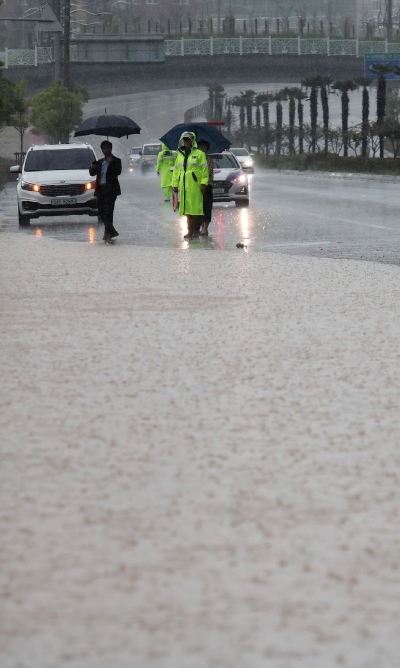 Torrential rain floods a road in Yeosu, South Jeolla, on Monday, as downpours hit southern areas of the country including Jeju Island and South Gyeongsang. The national weather administration forecasted heavy rainfall in Gangwon and Gyeonggi over Monday night. Heavy rain was expected in Sejong, Jeju, North Gyeongsang and North Jeolla earlier today. The sudden rainy spell is expected to end later today, according to the administration. [YONHAP]