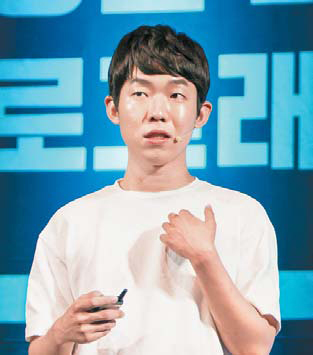 Korean companies are looking to fill as many as 7,000 artificial intelligence (AI) programmer roles by 2022, but it seems like nobody is interested in taking the jobs.

This estimate, made recently by the government-affiliated Software Policy & Research Institute, comes as major conglomerates like Samsung, LG and Naver are struggling to hire talented AI programmers.

Current domestic demand levels for computer engineers capable of programming AI technology far outweigh available supply, largely because Korea’s brightest programmers are opting to work abroad in Silicon Valley and prestigious tech firms in other regions. They are drawn by opportunities to interact with a larger pool of highly-skilled programmers and earn spectacular salaries at levels unimaginable in Korea.

This outflow of talent threatens to feed into a persistent gap between Korea’s AI technology levels and that of other countries like the United States.

On Monday, the Ulsan National Institute of Science and Technology, or Unist, announced that one of its alumni, Kim Tae-hoon, was going to work for IT firm OpenAI in Silicon Valley as a programmer. OpenAI is a non-profit AI research company founded by Elon Musk, the famed business magnate and boss of Tesla and SpaceX. Kim is now 25 and has graduated with a bachelor’s degree in electrical and computer engineering from Unist in August 2015.

Though Kim has not confirmed the details, his starting salary is expected to range from $300,000 to $500,000 per year as a programmer at OpenAI.

“I had already received a call from OpenAI before graduating from university in August 2015,” Kim said when he sat down for an interview at a cafe in Dalseo District, Daegu, last Monday. He left for San Francisco on Saturday.

“OpenAI has talented programmers who graduated from prestigious universities like Stanford and Massachusetts Institute of Technology, many of them who have doctorates,” Kim added. “I am excited but also worried whether I will be able to do well. If it wasn’t for the compulsory military service, I would already be in the United States. I did my interview earlier this year during the days I got off from service.”

Kim recently completed three years of work at a local game maker as a substitute for compulsory military service. According to Korea’s Military Service Act, skilled industry personnel can serve compulsory services in their fields of expertise instead of joining the Army.

There are many reasons why companies might want to hire Kim. He has hacked into high-profile online services including the likes of Line and KakaoTalk, Korea’s leading messenger apps, as well as Korail, the nation’s rail operator.

In 2014, Kim also became the first Korean to enter the final round at the International Conference on Supercomputing and won the Minister of National Defense Award at the Korea White Hat Hacking Competition in 2013.

“There will be many opportunities for me to learn while working at OpenAI in Silicon Valley,” said Kim. “I want to learn how great researchers think and solve problems. After I feel like I have learned enough, I will challenge myself to launch a start-up. It is my dream to change the world through technology.

One of Kim’s professors expressed concerns over Korea’s brightest AI programmers opting to leave Korea for other countries.

“Even though it’s a loss for us, it is only natural for students to want to work at the best companies after graduation,” said Prof. Choi Jae-sik, who teaches electrical and computer engineering at Unist. “Korea pays much less compared to advanced countries, and because U.S. firms are leading the future of AI, it is inevitable for us to keep losing high quality human resources.”

“I want to return to Korea eventually and create an environment where researchers can shine,” Kim said. “But for now, my priority is to learn.”