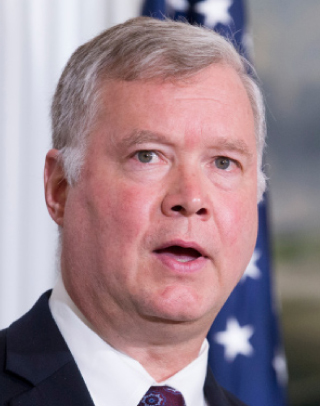 The U.S. State Department has been expanding its team of senior officials handling North Korea affairs amid an apparent deadlock in negotiations to dismantle the regime’s nuclear weapons program.

Mark Lambert, the State Department’s Korea desk director, was assigned to a new role handling North Korea issues at the deputy assistant secretary level. It remains unclear whether that job will become a new official position in the department.

Lambert has extensive experience working on North Korea issues. He was part of preparations for the landmark summit between U.S. President Donald Trump and North Korean leader Kim Jong-un in Singapore.

“It seems highly likely that Lambert will provide working-level support to Biegun,” one source said. “As the issue of North Korea’s denuclearization grows, there is a tendency toward breaking up and strengthening relevant departments.”

Biegun is expected to make his first visit to Seoul next week, another source said. On his schedule are talks with his South Korean counterpart, Lee Do-hoon, and a meeting with Foreign Minister Kang Kyung-wha.

At their summit in June, Trump and Kim produced a joint statement committing North Korea to “complete denuclearization” of the Korean Peninsula in exchange for security guarantees from the United States, but negotiations to flesh out the deal have made little progress, with each side demanding the other hold up its end of the bargain first.