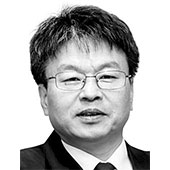 South Korea’s President Moon Jae-in reminds me of former South African President Thabo Mbeki in his obsessive attachment to his income-led growth policy. Mbeki succeeded Nelson Mandela, the first post-apartheid president of a fully representative democratic nation. Moon has a lot in common with the South African president of 1999-2008, who was a son of Govan Mbeki, a leader of the African National Congress (ANC) who had been imprisoned with Mandela for 25 years.

Groomed to inherit the leadership of the anti-apartheid movement, Mbeki was sent to the United Kingdom on the instruction of the ANC and earned his undergraduate and Master’s degrees at the University of Sussex while representing the party in international affairs. Moon was the salutatorian of his class at the Judicial Research & Training Institute before choosing to serve as a human rights lawyer instead of joining the judiciary or criminal justice system. He was the closest friend of President Roh Moo-hyun, staying at his side throughout his term as his chief of staff and senior secretary for civil affairs. He played the role of fugleman for the liberals since Roh’s tragic death in 2009.

Both men were put on the path of dissidence at early ages. But that is not the only resemblance. As leaders, they both pursued unconventional policies. The income-led growth policy is a nonmainstream concept that was never tested by a government. Since Moon instituted it, jobs have vanished and income disparities only worsened. Moon maintains the government’s economic policy-making remains in the right direction. He found data to claim jobs overall have improved in both quality and quantity. In a meeting over the weekend, senior members of the Blue House, government and ruling party all sang in chorus an ode to the income-led growth policy.

Mbeki was most controversial in his view on AIDS. He rejected the scientific consensus that the epidemic was caused by the HIV virus and favored a radical approach to combatting the disease plaguing the African continent. He supported AIDS denialists like Nobel Prize-winning American biochemist Kary Mullis and National Academy of Sciences member Peter Duesberg and tried to address the disease as a byproduct of poverty.

Moon dismissed the downside risks of his income-led growth policy and bulldozed ahead with measures backed by the theory. The minimum wage went up and the hours in the workweek came down. The measures produced exactly the opposite results that Moon hoped for. Jobs vanished and paychecks diminished. The union of the JoongAng Ilbo issued a statement upon finding that workers’ monthly paychecks had been cut by 20 to 30 percent in August from the previous month due to a loss of overtime allowances after enforcement of the new shorter workweek.

Mbeki did his best to prevent doctors from writing AIDS patients a prescription based on the use of free or cheap antiretroviral drugs. His government instead advised people to improve their immune system through consumption of food like garlic and lemons. He banned azidothymidine (AZT) — an antiretroviral medication proven 75 percent effective in preventing mother-to-child transmission during birth — the major cause of the spread in AIDS in South Africa — citing side effects as the drug was “primarily designed to combat cancer.”

Lee Jae-myung, governor of Gyeonggi province, said at a meeting at the Blue House that liberals must fight against “evil forces” trying to derail the income-led growth policy. Mbeki also used a propaganda campaign to defend his AIDS stance and accused critics of racism. He said condoms were a Western conspiracy to reduce the population in Africa.

His denial of the demonstrable truths about AIDS caused disastrous results. A Harvard University study showed that 330,000 babies died of mother-to-infant transmission of the virus during Mbeki’s tenure. The HIV-positive population in South Africa numbers 5.2 million so far, comprising 10.6 percent of the total population. The average life expectancy fell to 47 compared to 63.3 in 1990. Life expectancies in the country with the biggest economy on the African continent are equal to conflict-ridden Somalia. The catastrophe cut Mbeki’s presidency short and ended his political career.

Moon has replaced the head of the government’s statistics office, but his battle with disappointing data has only begun. If his approval rating dips below 50 percent, his real trouble begins. Monthly new hires were as low as 5,000 in July, compared with an over 300,000 average throughout last year. If employment turns negative, Moon could find himself in serious peril. But Moon stayed defiant and vowed to accelerate his income-led growth drive. Economic prospects will worsen in the second half. Why Moon gambles so with his political career is a riddle.

The livelihoods of all Koreans hinge on public policies about the economy. The population is exposed to a great danger if the leader is guided by unorthodox ideas. Moon must choose a separate path from the one walked by the doomed South African president. A segment of the South African population was “wiped out” due to the beliefs of a black president they fully trusted. Moon, a champion of the socially weak, is pushing the middle class into joblessness and poverty. He should seek advice from real experts instead of the activists-turned-economic-theorists in the Blue House.