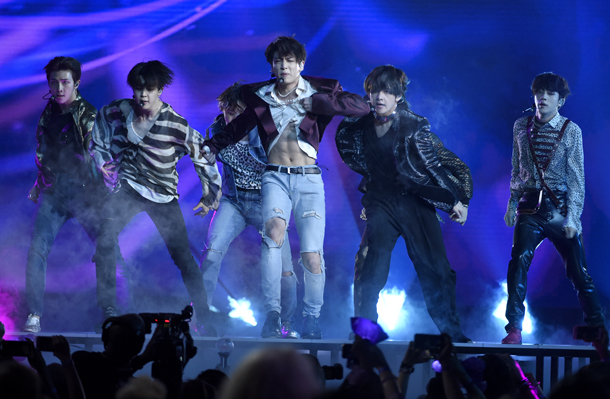 Exemptions from mandatory military service are once again controversial. This time, it is not about why exemptions are given to certain people. People now argue that exemptions should be given to K-pop boy band BTS after they topped the Billboard Chart twice in three months. The fans say they deserve exemption as their success is as great as winning an Olympic gold medal.

The members of BTS are between the age of 21 and 25 and need to join the military. But under the current system, they cannot be exempted. The exemption is restricted to sports, classical music, ballet, Korean traditional music and calligraphy under the current law. Pop artists are not included, even if they start a Korean tidal wave. Military service has become a huge controversy.

Exemptions for athletes and artists were established in 1973 for those who win Olympic medals or international competitions. Sports stars like Park Chan-ho, Park Ji-sung and Choo Shin-soo have benefitted from the system. Pianist Cho Seong-jin won the Hamamatsu International Piano Competition in 2009, when he was 15, and has been exempted ever since. He went on to win many more competitions. No one doubts these stars’ qualification for exemption as they have had glorious international accomplishments.

But controversy was sparked by the baseball players who won a gold medal at the Jakarta Palembang Asian Games this year. Some felt that it was not fair to give military exemptions to those who played for the national team just once.

When the Korean national team won a bronze medal in the London Olympics in 2012, an exemption for four minutes of play made headlines. As Team Korea was leading Japan 2-0 and was likely to win the bronze, Kim Kee-hee was brought on as a substitute and played for only four minutes, earning an exemption. Many cynically said it was very cost-effective for him because another player played for a total of 570 minutes from the preliminary round while Kim played just four minutes. As an alternative, an exemption mileage system has been proposed. Those who accumulated points in international events — not winning a single medal — should be given the benefit. If the system is applied to pop culture, BTS, who frequently ranked high in international charts, is likely to get exemptions.

Some still call for reduced exemptions as military resources are decreasing. They demand fairness for all citizens. After the Asian Games baseball win ignited the controversy, BTS brought attention to the issue. The Military Manpower Administration plans to review the system. Hopefully, the revised system will be more wise and fair so that it can be welcomed by all Koreans.