Xi Jinping not going to Pyongyang

Xi Jinping not going to Pyongyang 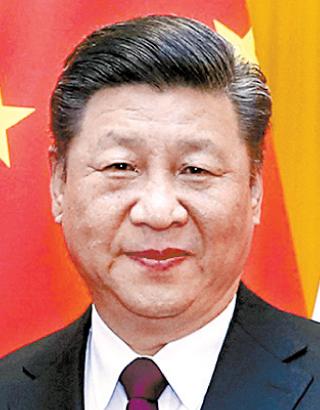 Chinese President Xi Jinping will not travel to North Korea this weekend to join celebrations of the 70th anniversary of the country’s founding and instead dispatch a top aide, China’s state media reported Tuesday.

Li Zhanshu, a member of the Standing Committee of the Politburo under the Communist Party Central Committee and chairman of the rubber-stamp parliament, will head a delegation to visit North Korea as special representatives of Xi this Saturday, China’s Xinhua News Agency said.

Citing an announcement made by a spokesperson from the Central Committee’s International Department, Xinhua reported that Li was planned to attend “activities to celebrate” North Korea’s anniversary, without elaborating what they were.

The North is expected to throw a massive military parade in Kim Il Sung Square in Pyongyang on Sunday, according to South Korean intelligence officials.

South Korean intelligence officials said the North appeared to have been preparing for the event since July.

According to the Xinhua report, Li was invited by the North’s Central Committee of the ruling Workers’ Party and the North Korean government.

Speculation had swirled over whether Xi would visit Pyongyang this weekend to attend the military parade and hold a summit with Kim.

If he did, it would have been his first visit to the communist ally after North Korean leader Kim Jong-un made three visits to China this year alone to meet Xi. During Kim’s first visit in March, Xi accepted his offer to visit North Korea “at the Chinese leader’s convenience,” according to Xinhua.

A diplomatic source in Beijing, who spoke on the condition of anonymity, said Xi had considered a visit to North Korea on the occasion of the 70th founding anniversary but finally decided not to attend due to the stalemate in denuclearization talks between Pyongyang and Washington.

Another source with knowledge of Pyongyang-Beijing relations said Xi may have been worried that his attendance would have sent the wrong message to the United States. U.S. President Donald Trump has been tweeting recently that China was using its influence to impede talks between Pyongyang and Washington because of ongoing trade friction.

Yet the fact that Xi is dispatching Li, the third most senior official of China’s Communist Party, to Pyongyang this weekend was a sign of improved ties between the two communist countries, analysts said.

In 2015, he sent the fifth-highest official for the 70th anniversary of the founding of North Korea’s Workers’ Party, Liu Yunshan, who at the time was a member of the Communist Party’s Politburo Standing Committee.