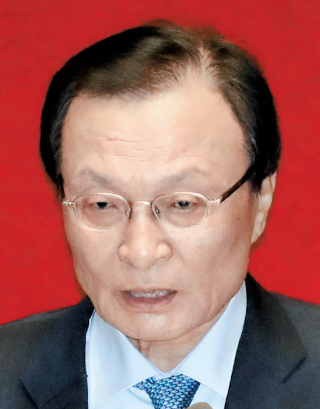 Mr. Kim, 33, works at a government agency in Seoul, but it could soon be moved to another city.

The problem is he doesn’t know when that is going to happen or where it will be going.

“I just borrowed money last year to buy the house I am living in now,” Kim said. “I have a wife and 4-year-old child at home. I don’t want to leave them in Seoul and follow the agency to wherever it’s moving. I’d rather find a new job in the city.”

Kim is one of 60,000 employees at 122 public institutions in and around Seoul that face an uncertain future. A law passed in 2004 requires them to move out of the capital region over the next few years.

“The Government shall promote policies … to relocate public institutions located in the Seoul Metropolitan Area as provided for by Presidential Decree to provincial areas by phases,” the Special Act on Balanced National Development reads.

The law was put in place to encourage development of the country’s regions outside the capital. The actual process had been happening slowly until President Moon Jae-in took office last year.

“The administration will pursue the policy of balanced national development more strongly than the Roh Moo-hyun administration did” from 2003 to 2008, Moon said in a speech in February. “The policy will be a milestone of this administration.”

As of last year, 153 state-owned companies, government agencies and public institutions moved out of Seoul. The Korea Electric Power Corporation moved its headquarters from Seoul to Naju, South Jeolla, and the National Pension Service moved to Jeonju, North Jeolla.

The policy became a hot-button issue again on Tuesday, when Lee Hae-chan, chairman of the ruling Democratic Party, brought up the law at the National Assembly’s plenary session and said an additional 122 public institutions should be moved out of the Seoul metropolitan area.

“The government and political parties will discuss together and agree on where these organizations should be moved to,” Lee said.

However, Hong Ihk-pyo, a spokesman for the Democratic Party, said it was unclear whether all 122 organizations would be moved because some of their work might require proximity to Seoul. “We will be reviewing if and when we can move them,” he said.

Workers at some of these public institutions are not happy about the prospect of moving out of Seoul.

“My parents and close relatives are all in Seoul,” said Mr. Jeong, 31, who works at the Korea Development Bank. “In all my undergraduate years, I prepared for a career at a public financial institute, and I regret it so much. I should have prepared for a job at a conglomerate instead.”

“At this point, we do not know how to react to what the government is trying to do,” said an employee at another public financial institution. “We have to wait and see what kind of specific plans the government has.”

“I just hope that the government knows about our worries and drafts an efficient plan to minimize the losses on the part of the workers and institutions,” said the head of one public institution in Seoul.