Third Moon-Kim summit to take place Sept. 18 to 20 in Pyongyang

Third Moon-Kim summit to take place Sept. 18 to 20 in Pyongyang 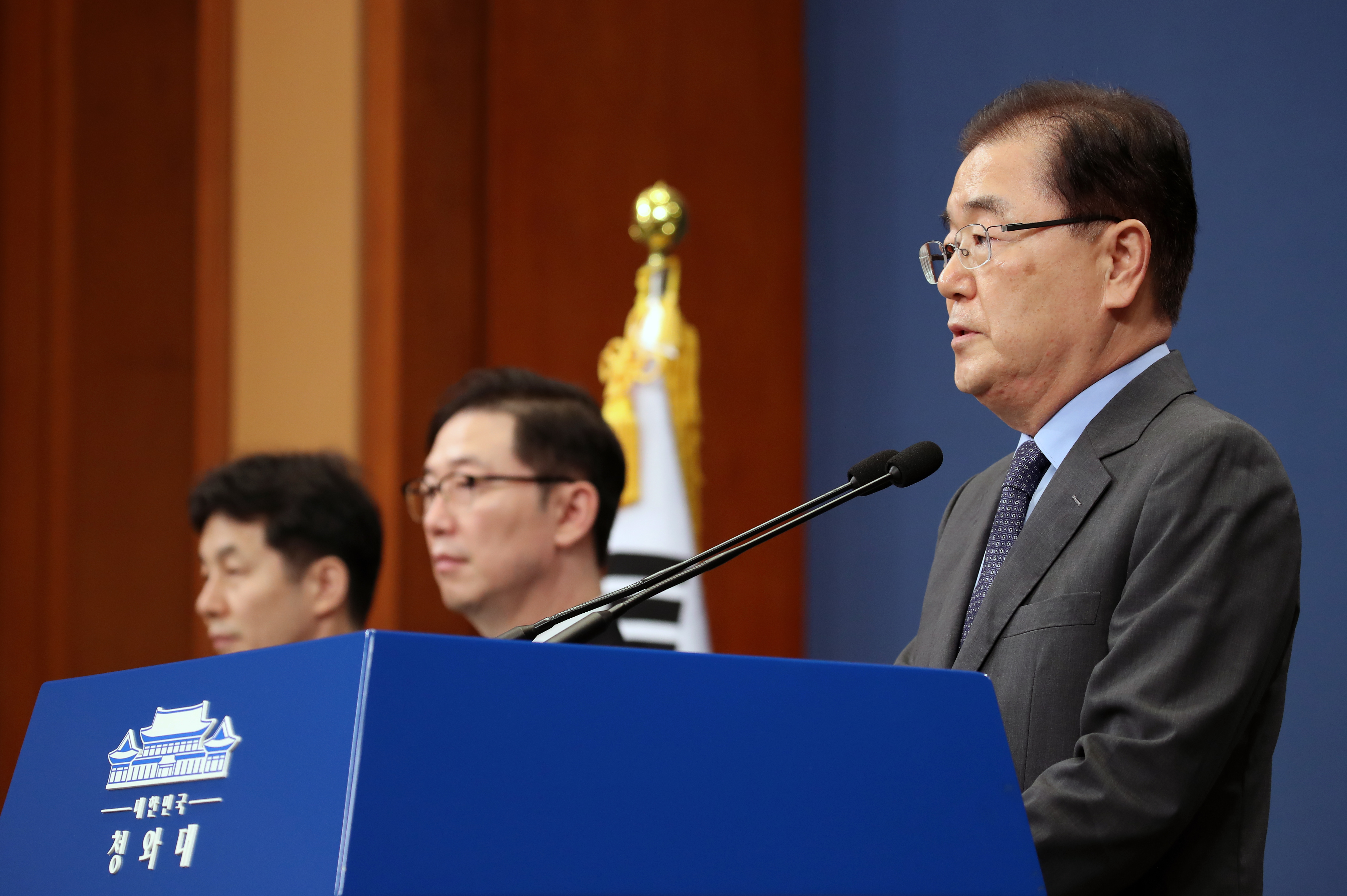 President Moon Jae-in will make a three-day trip to Pyongyang from Sept. 18 to 20 for his third summit with North Korean leader Kim Jong-un, said Moon’s special envoy on Thursday.

Chung Eui-yong, the Blue House national security adviser, held a press conference in Seoul after returning from a one-day trip to Pyongyang Wednesday, where he met with Kim and delivered a letter from Moon.

He said the two sides decided to hold high-level negotiations to discuss logistics for the summit early next week in the inter-Korean truce village of Panmunjom.

They agreed that the purpose of the upcoming summit would be to review the implementation of the April 27 inter-Korean Panmunjom Declaration, as well as to “discuss practical ways to establish permanent peace and co-prosperity on the Korean Peninsula, especially through denuclearization.”

Chung said that North Korean leader Kim “reconfirmed his commitment to complete denuclearization,” and expressed his wish to closely cooperate with South Korea and the United States on this issue.

The two sides also pledged to continue to work toward easing military tensions and to open an inter-Korean liaison office ahead of the Moon-Kim summit.

The United States and other related countries will also be briefed on the special envoy’s trip to Pyongyang, he added.