Get some expert advice

Get some expert advice 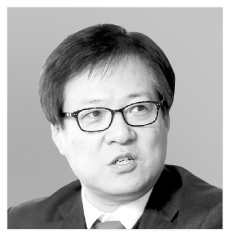 Jaung Hoon
The author is a political science professor at Chung-Ang University and a columnist at the JoongAng Ilbo.

Although it could be argued that he didn’t live the life of a great thinking, Ronald Reagan, an actor-turned-politician who won the U.S. presidential election, had insight. Power without proper knowledge is dangerous, while knowledge distant from power is empty, said Reagan, who led the conservative revolution of the United States in the 1980s.

As the unfamiliar economic theory of “income-led growth” has stirred a heated debate in Korea, I have come to the firm conclusion that we have to end the obsolete model for the relationship between power and knowledge.

It is the role of economic experts to have discussions on how and when the minimum wage hike will bring about increased consumption and economic growth. But as I witnessed with Blue House policy chief Jang Ha-sung, who started the controversy surrounding income-led growth, the Korean-style power-knowledge relationship, in which renowned professors take top posts in the Blue House, does not work. It is time to create a new power-knowledge relationship based on decentralized knowledge networks while abandoning the opaque, irresponsible system of recruiting college professors for top posts.

I have no detailed information on how Jang, who has no experience in government, was named as the presidential chief of staff for policy responsible for adjusting economic and social policies. It is clear that he has gone through the conventional channel of knowledge and power that we have experienced in the past. According to this obsolete model, the process starts when a professor with a strong desire to participate in real-life politics becomes well known in society. Based on this fame, he or she joins a presidential campaign or secretly offers advice to a candidate. When the candidate wins the election, he or she is appointed to a post in the Blue House.

This model not only lacks transparency, but also has the potential to create a crisis for the president. First, there is almost no relationship between a professors’ attempt to win fame and in-depth policy knowledge. The more they appear in the media, contribute to newspapers or head civic groups, their fame goes up. But media and civic groups do not want insights from them. Easy and simple arguments are far more media-friendly. Sometimes they have hundreds of thousands of followers on Twitter, which is far from a legitimate forum for serious discussion. In other words, decades of expert knowledge and real-life suitability do not produce a famous professor.

Second, a presidential election which takes place every five years is a great opportunity for famous professors to approach powerful politicians. Candidates hurriedly produce evidence from these professors in their campaigns instead of using policy think tanks.

The policy institutes of parties have now turned into organizations that are paying more attention to public surveys, not creating policies.
There is no transparency in developing pledges in such a campaign. Furthermore, there is no room for meticulous reviews and running simulations — such as on policy goals, expected effects and aftermath — in a campaign filled with celebrity professors. Instead, a presidential candidate’s capability to win votes becomes the most important standard in creating campaign pledges. It is no coincidence that the minimum wage hike promises was similar for all presidential candidates during the last election.

In the end, professors who are faithful to election strategy, not expert knowledge, survive the power struggle. The survivors directly head to the cabinet or the Blue House after the election to oversee public servants who work on policies for decades. And they start their first-ever policy “experiment.”

This old model must be changed to an open, responsible system. To improve responsibility, a political party’s think tank, which has public responsibility and makes its budgets and activities public, must work as the source of knowledge for a candidate, replacing the obscure professors in the campaign.

A party’s think tank, which receives billions of won (millions of dollars) in tax money annually, must also use the open network of knowledge, rather than relying on “famous” professors.

Because of Google, Naver, Facebook and Youtube, the monopoly on knowledge has ended. For survival, it is time for the power to connect to the living, breathing network of experts.

The moment a political power connects to this network, it will have fierce communication with real lives and will be armed with living and breathing real knowledge.