SON HAE-YONG
The author is the head of the economic policy team at JoongAng Ilbo. 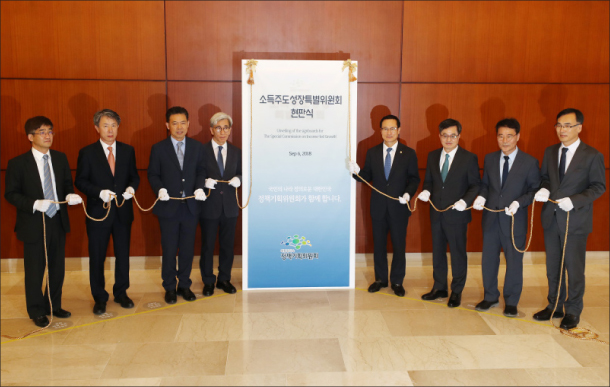 Korea is a typical small open economy that relies on exports. Rather than domestic demand, the global economy determines the fate of the Korean economy.

So when the government rates the economic policy, it should be a relative assessment, not an absolute assessment, based on the rate of global economic growth.

It is a sign that growth and investment in the Korean economy is shrinking rather than riding the global boom.

Korea is also going the wrong way in terms of employment. Most of the Organization for Economic Cooperation and Development (OECD) member countries have recovered to their pre-financial crisis unemployment rate, but Korea’s unemployment rate is still higher than the 2007 level. Korea is the only country in the OECD where the unemployment rate has grown for four consecutive years.

A hint can be found in the reference to the global economy. The latest crisis that has befallen the Korean economy is not a global economic issue but a policy issue. The government can no longer create growth. Companies make jobs and lead investments. Policies that burden corporations undermine national competitiveness and reduce employment.

Leaders like Trump in the United States, Angela Merkel in Germany, Emmanuel Macron in France and Shinzo Abe in Japan have presented economic measures that encourage corporations for a reason. Their policies should serve as a guide to ending Korea’s economic crisis.