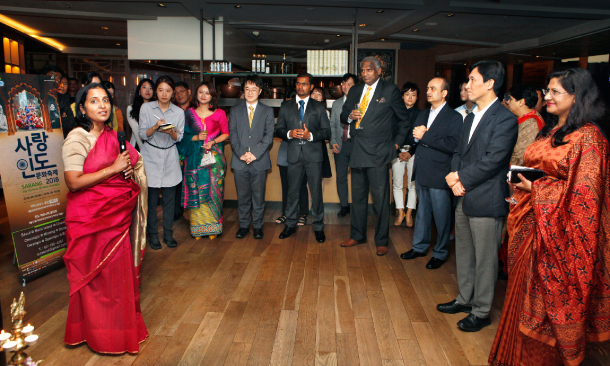 Indian Ambassador to Korea Sripriya Ranganathan, who arrived in Korea last month, left, celebrates the Indian Food Festival at JW Marriott Dongdaemun Square Seoul in central Seoul on Friday alongside diplomats, businesspeople and Seoul Metropolitan Government officials. Authentic Indian cuisine will be available at the hotel’s restaurant Tavolo 24 until Sept. 23. The festival is hosted by the embassy and the Seoul city government and is sponsored by Hyundai Motor Group. [PARK SANG-MOON]