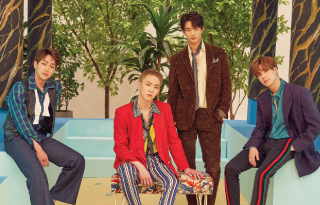 The 16-song album includes tracks from the group’s three EPs that were released in celebration of SHINee’s 10th anniversary. An additional new song, “Countless,” has also been added.

SHINee debuted in 2008 with their album “Replay.” The group had five members until December 2017, when member Jonghyun took his own life.