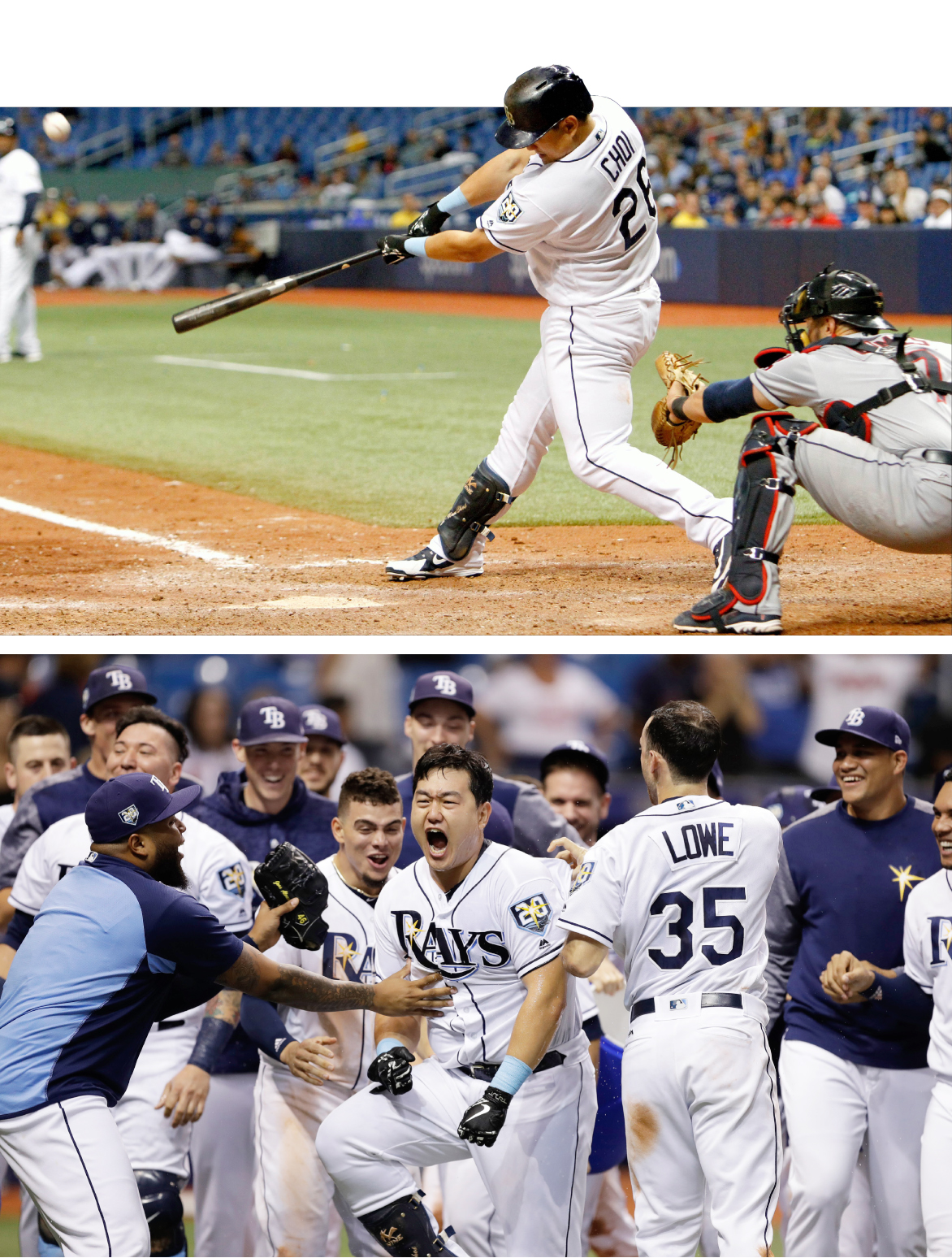 Choi Ji-man of the Tampa Bay Rays hit a two-run home run with two outs at the bottom of the ninth inning to lead the Rays to a 6-5 victory against the Cleveland Indians at Tropicana Field in Florida on Tuesday. With the home run, Choi now has a batting average of .232 with eight home runs and 27 RBIs for the season. From top: Choi celebrates with his teammates after running back to home base. Choi hits a home run at the bottom of the ninth inning. [AP/YONHAP, GETTY IMAGES/YONHAP]