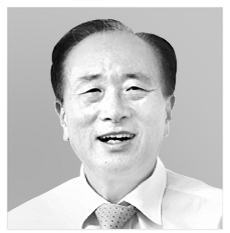 Yang Doo-suk
The author is head of the Suicide Prevention Center of the Citizens’ Alliance for Safe Living and an adjunct professor at Gachon University.

Fortunately, fatalities from traffic accidents have decreased by 7.2 percent through June compared to the same period last year. Suicide, on the other hand, is another issue. The self-inflicted death of a celebrity last year could lead young people to follow suit. On Instagram and YouTube, they are exposed to videos of self-harm, and in popular music, suicide and self-injury are often mentioned.

From December 2016 to March 2017, 30 young people killed themselves. Between December 2017 and March 2018, the number rose to 45. After the media reported the location, method and motive of a popular politician’s suicide in July, there were concerns about imitations. I am especially worried about people struggling with financial issues who might take their own lives.

In an effort to lower the suicide rate, the government established a suicide prevention policy department in the Ministry of Health and Welfare and holds bimonthly vice-ministerial and working-level meetings presided over by the head of the Office for Government Policy Coordination. In May, Prime Minister Lee Nak-yon attended a forum on the value of life consisting of 40 groups from business, labor, medicine, religion and the media. But there has not been a visible plan.

And what about Korea? Aside from Seoul and some local governments, there is no suicide prevention group in most of the country’s cities and provinces. The heads of agencies have little will to address the issue. Mental health and wellness centers contracted by local governments handle suicide-related issues along with mental wellness. However, the main focus is on mental health, and the amount of staff and budget for suicide prevention is not enough to provide substantial measures.

Sept. 10 was World Suicide Prevention Day. It was designated in 2003 by the World Health Organization and International Association for Suicide Prevention to advocate the value of life. Korea has the highest rate of death by suicide — 25.6 per 100,000 — among OECD members. Now, suicide is no longer a personal issue. We need to focus on the social structure and environmental factors that lead to suicides.