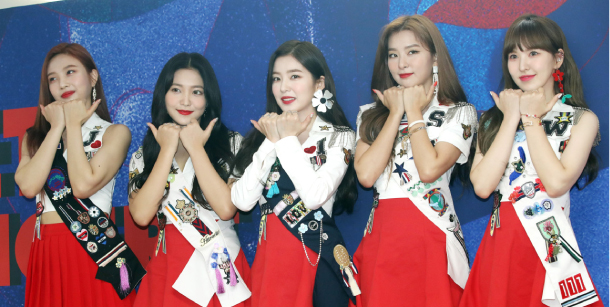 Girl group Red Velvet’s music videos for “Peek-A-Boo” and “Red Flavor” both surpassed 100 million views on YouTube on Tuesday according to SM Entertainment.

“Red Flavor” was released in July 2017 as the first single off of their EP “The Red Summer.” “Peek-A-Boo” was released in November 2017 in conjunction with the release of their second album “Perfect Velvet.” Both songs topped various music streaming sites, and the album reached No. 1 on the Billboard World Albums Chart list.

Red Velvet is currently filming season three of “Level Up Project” a video series that documents their trip to Slovenia. The videos are released every Monday to Friday on video streaming sites like oksusu and TrueID.