End the ‘descent from heaven’

End the ‘descent from heaven’ 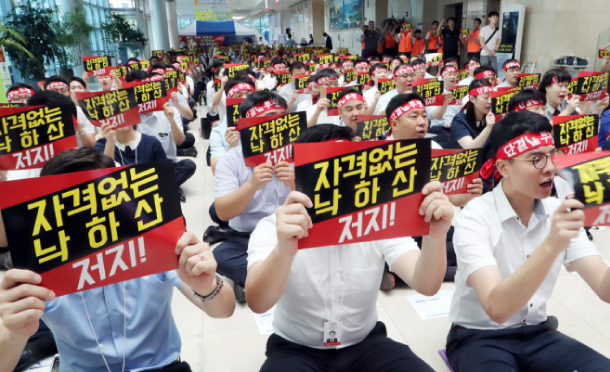 The Japanese bureaucrats used to be the most elite group in Japan. But in the lost decades since the 1990s, they lost their way, as the role of the government and bureaucrats diminished drastically. As a result, less powerful bureaucrats had to be satisfied with arranged appointments, a practice called “amakudari” in Japanese. This clever expression means “descent from heaven,” since one is not promoted within or scouted from outside, but is sent from above.

Japanese bureaucrats who found a way to survive did not stop there. After serving the usual three-year term as the president, chair of the board or inspector at a public agency, they turn over their seat and move to another position. Whenever they move, they go to a smaller organization and are paid less. But at the same time, they are still in “active duty” throughout their whole life in low-profile positions that go unnoticed.

Japanese officials are known to calculate their lifetime incomes from these positions. They may not make a fortune while in office, but these post-career positions are highly paid. As a result, they incur great harm on the public. They reinforce the monopoly of inefficient public corporations and lower Japan’s economic vitality. Therefore, Japan has been working to revamp the system to prevent the practice of sending former officials to positions at public corporations.

Such arrangements are just as common in Korea. The Park Geun-hye administration’s mishandling of the Sewol Ferry incident revealed that supervisory agencies related to maritime affairs and vessels were crammed with retired officials from the Ministry of Oceans and Fisheries. Employment at related agencies was banned for three years in order to end the practice.

However, the Moon Jae-in administration has dashed hopes for reform. The opposition Bareunmirae Party studied appointments at 340 public agencies since the launch of the administration and found that 365 had been sent from above. The party said that one official was sent down via golden parachute day.

What about President Moon’s promise to increase opportunity and create just outcomes? The root of Korea’s corruption, such as the hiring scandal at Gangwon Land, were parachute appointments. The appointments given out as a reward to bureaucrats hurt Korea’s people. This is why people should be angry at the practice of filling public corporation positions with people from the administration.