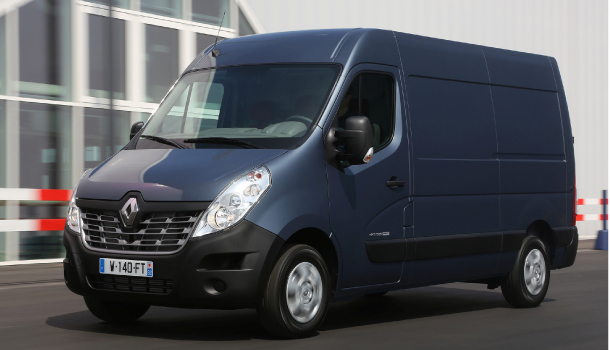 Renault Samsung Motors will launch its Master commercial van in Korea next month, tackling a market that has long been dominated by Hyundai Motor.

The Korean unit of French auto giant Renault Group said Tuesday that it will launch two types of Renault Master in Korea in October. The carmaker plans to utilize its existing sales and service networks to sell the van, which are currently dedicated to passenger cars.

“Korea’s truck market is concentrated on commercial [vehicles],” said Kim Tae-joon, chief of the sales and marketing division at Renault Samsung Motors, in a written statement Tuesday. “This segment is dominated by Hyundai Motor and Kia Motors at the moment. We expect a new model like the Master will be able to generate new demand.”

The Renault Master was first launched in 1980. Its third generation launched in 2011, and it received a facelift in 2014.

The model is currently sold in 43 countries. It has been the No. 1 commercial vehicle in the European market since 1998, and Renault sold 462,859 of the vans worldwide as of last year.

In Korea, it will launch in two trims: standard, which has a short body, and the longer large. The standard model will have eight cubic meters (283 cubic feet) of storage space and the larger version will have 10.8 cubic meters of space. The Korean version will also be equipped with 2.3-liter twin turbo diesel engine that generates 145 horsepower and 34.7 kilogram/meters of torque.

Korea’s commercial vehicle market is dominated by light vehicles known as 1-ton trucks. Some 250,000 commercial vehicles are sold in Korea per year, and 90 percent of them are 1-ton trucks, according to Renault Samsung. Hyundai Motor’s light Porter truck sold 101,423 units last year, followed by the company’s Grand Starex van, which sold 45,776 units.

“The Renault Master has a distinctive structure with extended engine room in the front, which will keep the passengers safe in case of accidents,” the carmaker said. “Its front-wheel drive system will also provide stable riding quality as well.”