The head of the Korea Baseball Organization (KBO) on Wednesday refused to address controversy on military service exemptions for national team players, only issuing an apology that likely won’t assuage angry fans. 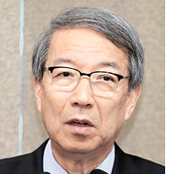 Chung Un-chan, commissioner of the KBO, held a press conference to announce plans to ensure more transparency in national team selection for future competitions and touched upon other pressing issues.

Chung met the media due to the frosty reception for the national team despite its gold medal at the Asian Games in Indonesia.

Korea wasn’t celebrated for its accomplishment because of controversy surrounding the team selection. Manager Sun Dong-yol took a great deal of heat for picking what many felt were undeserving players, ostensibly to help them earn military service exemptions.

Able-bodied Korean men must serve for about two years in the armed forces, but athletes who win gold medals at Asian Games are exempt from the duty.

They only have to undergo four weeks of basic training.

The baseball team this year has been particularly criticized for exploiting the opportunity against inferior competition.

Others started to argue that it wasn’t fair to have fringe players on the national baseball team get out of conscription when there were other public figures doing more to raise the country’s profile.

The fallout from the baseball team’s controversy forced the government to re-examine the exemption system.

Chung apologized for failing to properly gauge the public’s sentiment on the military issue, though he fell short of saying exactly how the KBO will avoid causing the same uproar in the future.

“The fans were convinced that players were using the national team opportunity to avoid conscription,” Chung said. “Fortunately, the government has announced it will listen to the people’ voice and come up with a fair and transparent system. Once it’s established, we’ll follow the rules and make decisions within that framework.”

Pressed on how or if the KBO will change the way national teams are put together, Chung only said, “We’ll have to field a competitive team that can make our fans proud, and do so in a transparent way.”

Also at the press conference, Chung announced the formation of a new cooperative body with the Korea Baseball Softball Association (KBSA), which governs amateur baseball. Tentatively named “KBO-KBSA Council for Future of Korean Baseball,” it will take a sweeping look at what’s ailing the game in Korea, Chung said.

The commissioner added the council will only have an advisory role on the national team selection and allow Sun Dong-yol, who was named the manager in July 2017, to continue to have full authority over the process.

“We respect the decisions he made before the Asian Games,” Chung said, when asked about his views on Sun’s controversial choices. “He is fully responsible for player selection.”

At the center of the controversy was shortstop Oh Ji-hwan, who was leading the KBO in fielding errors and strikeouts before the start of the Asian Games.

He chose not to enlist with the military baseball club, Sangmu, in the second-tier Futures League last year, and bet on making the Asian Games team so that he could earn his exemption.

Oh only made three plate appearances in six games for Korea, going 1-for-2 with a walk and two runs scored.

Chung also declined to offer a clear answer when asked for his thoughts on Oh, only saying, “It’s been about 10 days since the end of the Asian Games. I’ve been hearing a few things through official and unofficial channels.”