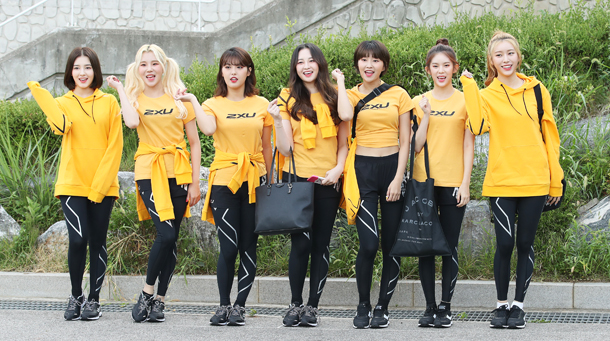 The event combines fashion with the trendiest music of the season. Viewers are able to catch the latest collections from aspiring fashion designers and famous singers performing on stage. The awards are held two times a year.

“Momoland has become popular in Japan thanks to their songs ‘Bboom Bboom’ and ‘Baam’ which is why we decided to invite them to perform,” said an organizer for the Rakuten GirlsAwards event. “We hope that their energetic performance will liven up the atmosphere.”

Momoland is currently preparing to release the Japanese version of their hit song “Baam” in November.

The group made their debut in 2016 with their EP titled “Welcome to Momoland,” and saw success with their hit track “Bboom Bboom” which was released in January.