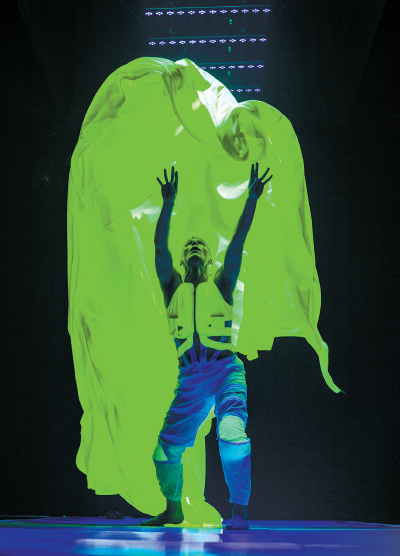 “Breath” by Tero Saarinen Company will be staged on Oct. 9 and 10 at Sogang University’s Mary Hall. [PERTTU SAKASA]

This year, SIDance, or Seoul International Dance Festival, is in its 21st year and its artistic director Lee Jong-ho says the past 20 years have been enough to familiarize Koreans with contemporary dance.

“Thus far, we’ve been inviting works that can show Korean audiences what contemporary dance is all about,” said Lee during a press conference held recently in central Seoul. “I believe it is now time to go deeper into this genre of dance, show more diverse works that touch on social issues.”

That is why this year’s theme is “Refugee.” From Oct. 1, 53 performances will be staged by dance companies from 26 countries including Finland, Portugal, Belgium, France, Spain, Luxembourg, Syria, China, Japan and many others. The festival runs until Oct. 19 and different venues will be used in Seoul including the Jayu Theater of the Seoul Arts Center in southern Seoul, Mary Hall at Sogang University in western Seoul and Kocca’s Multi Content Testbed in central Seoul.

“Korea was the first East Asian country to enact its refugee law in 2012,” said Lee. “However, while there were 9,559 asylum applications in Korea in 2017 alone, the percentage of refugees that were accepted was only 4.2 percent. This figure falls far short from the average refugee acceptance by those who signed the Refugee Convention, which is at 38 percent.”

Compared to the rising international status of Korea in the world, Lee said that he believed Koreans are rather obtuse regarding refugees and hopes that this festival filled with works that give context to this global issue will allow Koreans “to rethink this issue that is really close to our lives now.” 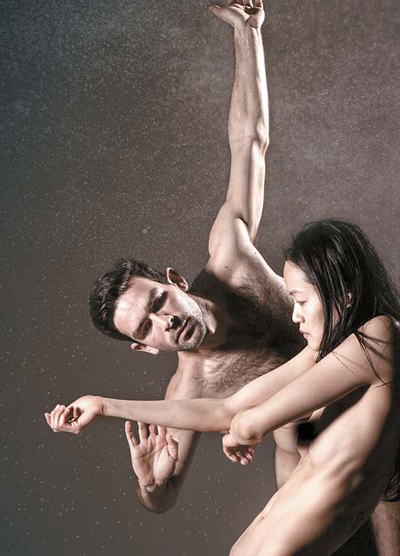 “Together Alone” by Hungarian dancer Zoltan Vakulya and Taiwanese dancer Chen-Wei Lee is set to be staged on Oct 6. [TILO STENGEL]

Eight performances will be focused on the issue of refugees. As an opening piece, “WRECK — List of Extinct Species” by the Insiemi Irreali Company lead by choreographer Pietro Marullo will be performed. Marullo, an Italian now based in Belgium, is a young choreographer who has ascended as a star in the European dance scene after being selected as one of the Twenty 18 artists by European dance discovery organization Aerowaves. His company creates interdisciplinary works encompassing visual arts including installations, theater, music and dance, according to SIDance. “WRECK — List of Extinct Species” will be staged on Oct. 1 and 2 at Mary Hall in Sogang University. It starts at 8 p.m.

There’s also a program titled “Ex.iL” by Jesus Hidalgo and Choi Eun-hee. This piece is the second Korean-French collaboration by Choi, who bases her contemporary creations on tradition and Spanish-born French choreographer and dancer Hidalgo. This piece tells the story of those living as in-betweeners through two composers Isang Yun and Pierre Boulez, who both have lived in Germany. This performance will be on Oct. 7 at 8 p.m. at Mary Hall.

The works have been divided into three different sections: Dance Premium, Dance Mosaic and Dance Platform. Tickets can be purchased via Interpark at www.interpark.com, or by calling 1544-1555.