Paulo Bento starts to get comfortable

Paulo Bento starts to get comfortable 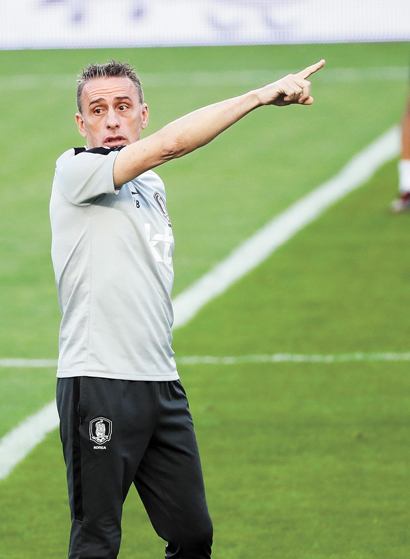 Something has changed in Korean football over the last few months. The football-loving nation that had fallen out of love with its own team is flooding back, filling stadiums and crowding around TVs to watch the Taeguk Warriors play. 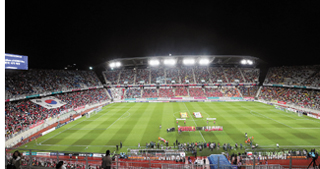 The mood started to change when Korea crashed out of the World Cup with a spectacular parting blow that crippled reigning champions Germany. The momentum continued when at the Asian Games the U-23 team defended their title with some fantastic footballing displays and headlines around the world proved that Son Heung-min is a global superstar. But it’s the addition of Paulo Bento as head coach that really seems to have gotten fans excited.

It’s been less than a month since Bento was appointed as manager of the men’s team on Aug. 17, but the new boss is already proving popular. Although it might seem a little early to be comparing coaches - Korea have played just two friendly matches since Bento took over - the players are clearly responding well to the new skipper. Korea beat Costa Rica 2-0 on Sept. 7 and held No. 12 ranked Chile to a scoreless draw on Sept. 11.

For the first time since 2013, the team pulled in a sellout crowd to Bento’s debut against Costa Rica at Goyang Stadium, while more than 40,000 people showed up to watch the Taeguk Warriors take on Chile at Suwon World Cup Stadium.

Now that the first two matches are out of the way, Bento finally has time to take a breath and get comfortable in his new country. The Portuguese manager will move out of the hotel he’s been living in and into an apartment in Ilsan, Gyeonggi. The skipper chose to live in Ilsan rather than Seoul to be near his office at the National Football Center in Paju, where the national team trains. His wife, who currently resides in Lisbon, Portugal, will soon join him in Korea.

Since the day Bento arrived in Korea with four coaches in tow, his team had been thinking about nothing but football. While the players were given a day-off on Saturday, Bento and his team stayed in Paju and focused on video analysis.

When the team gathered at the National Football Center, Bento prepared a PowerPoint presentation and emphasized five words - teamwork, conviction, sacrifice, pride and passion. During the meeting, Bento announced that he won’t allow mobile phone usage during meal times so the players can communicate with each other more.

Although Bento seems to have had a positive impact on the team so far, some fans are still wary.

When Korea’s former coach Uli Stielike was appointed, he received nothing but compliments from the fans and was given the nickname “God-tielike.” But it wasn’t long before Korea started playing badly and the fans quickly turned their back on the once popular manager.

Bento, who played a 4-2-3-1 formation in the friendlies, prefers fast offensive football with a backline buildup. His strategy worked against Costa Rica, but the team couldn’t find the back of the net against Chile.

“I would like to give Bento’s matches a score of 85 to 90 out of 100,” said Han Joon-hee, a KBS commentator. “Defense has been a chronic problem in Korean football. Although there were times when we could have allowed a goal, they finished without giving away a point. Bento has been emphasizing dominance in matches, but they’ll need to work on the details.”

During Bento’s time as the head coach of the Portuguese football team, his strategy mainly centered on Cristiano Ronaldo. Using this approach, Bento successfully led Portugal to the semifinals at Euro 2012 but got eliminated in the group stages at the 2014 Brazil FIFA World Cup. After the World Cup, Bento faced criticism that the team relies on Ronaldo too much.

Bento took a similar approach with Korea, assigning Son of Tottenham Hotspur as the left winger and allowed him to have more room. As Son joined the national team at peak condition, Bento’s strategy worked well. However, just like with Portugal, this could lead to the team relying on Son too much and ending up in a sticky situation if another player like sole striker Hwang Ui-jo underperforms.

Korea will have two friendlies next month against Uruguay on Oct. 12 and Panama on Oct. 16.