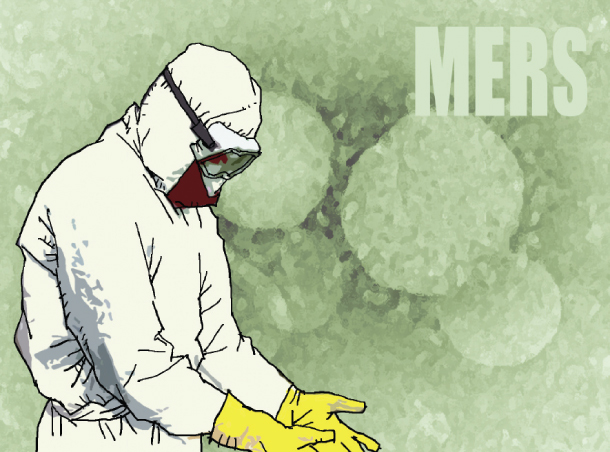 
On Sept. 8, a man was diagnosed with Middle East respiratory syndrome (MERS). It has been three years since the outbreak that started with the first diagnosis on May 20, 2015. Until the government declared the end of the outbreak on Dec. 23, 186 people contracted the disease, 38 died and 16,752 were isolated.

The latest MERS patient, a 61-year-old man who visited Kuwait, is now receiving treatment in an isolated ward designated by the government. Since the confirmed diagnosis, 10 out of 11 other people displaying symptoms tested negative for the virus. The 11th person is still undergoing tests. The average incubation period for MERS is five days, though it could be as short as two and as long as 14 days.

Most of the people who contracted MERS three years ago were infected at hospitals. This time, the patient was isolated before he could come in contact with other patients in the ER, alleviating the risk of an outbreak. Samsung Medical Center did a good job in the initial stages, and quarantine authorities promptly moved him to a designated isolation room at Seoul National University Hospital. After the diagnosis was confirmed, citizens were promptly informed about it. Having been at the epicenter of the last MERS outbreak, I feel like the past three years have not been wasted.

When responding to a major case, you often overlook some important issues. There are still some points that need to be addressed as we review the initial response to the MERS outbreak this time around.

For one, it is worth thinking about the rights of the patient hospitalized at Seoul National University Hospital. The city government wasted no time broadcasting a MERS response meeting live on Facebook. Details of the epidemiological investigation and patient’s condition were broadcast. The move appears to have been a response to the government’s failure last time to release information about the epidemic, which aggravated the outbreak, and it has become important to inform the public. However, I found it regrettable that the patient’s rights were not considered.

There were some things that quarantine officials at Incheon International Airport missed. Countless passengers go through the quarantine station, which is supposed to prevent contagious disease from spreading in Korea by screening the symptoms of people coming from other countries while minimizing the inconvenience of delayed arrival. Therefore, people entering the airport should be informed of epidemics in the countries they visited in advance and voluntarily report their symptoms.

However, most people try to pass the quarantine station quickly, since they could spend hours there if they are screened. The quarantine stations should be comfortable places to check health conditions and get help after traveling abroad to encourage voluntary reporting.

There is criticism that those who had close contact with the patient stayed at a hotel. In fact, crew members did stay in a hotel because they were not based in Korea, and after the patient was diagnosed, they were asked to be isolated, so it’s inevitable that they would stay in their hotel. Later, quarantine officials at Incheon International Airport prepared their lodging. If the health authorities had explained the situation properly, it could have avoided unnecessary misunderstanding and criticism.

Ten foreigners who arrived on the same flight with the patient remain unaccounted. Health authorities are fearing the uncertainty because the contact information and addresses of foreigners might not have been accurately documented on arrival forms. We also cannot rule out that some hospitals might be reluctant to treat foreigners. Health authorities need to provide multilingual information in areas frequented by foreigners and inform medical facilities catering to foreigners about the possibility of taking in suspected MERS cases.

As the government is implementing many policies, the devil is in the details. Trivial mistakes can hurt public trust, and some people may suspect the credibility of new measures when unexpected situations happen. That’s why responding to epidemics like MERS is harder than people think.

Considering the maximum incubation period for MERS is two weeks, health authorities and medical staffs need to be vigilant until Sept. 21, right before the long Chuseok weekend. Learning from the painful experience of three years ago, I hope MERS will be successfully contained this time around.