Apple’s latest iPhone is its biggest, most pricey

Apple’s latest iPhone is its biggest, most pricey 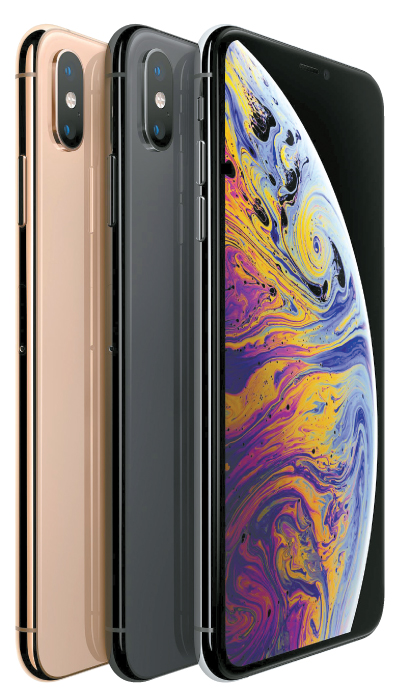 Korea is once again not on the list of the first countries to get the latest Apple phones. There was speculation that the home turf of Apple rival Samsung Electronics might finally get on that list after the American tech giant opened its first Apple Store in Garosu-gil, southern Seoul, earlier this year.

But it was not to be.

The 50 or so markets on the list include China, Hong Kong, Japan and Taiwan. Apple has not released launch dates for Korea yet.

The iPhone XS family, which Apple CEO Tim Cook called at a “Gather round” presentation at the Steve Jobs Theater Wednesday “by far the most advanced iPhone we have ever created,” is built on the all-screen design of iPhone X.

The iPhone XS Max offers “the largest display ever in an iPhone in a footprint similar to iPhone 8 Plus,” according to Apple. The new model is also the most expensive iPhone to date and runs on the biggest battery Apple has put in a phone, lasting an hour and a half longer than iPhone X.

The iPhone 8 Plus carried a 5.5-inch display, one inch smaller than the new XS Max. When compared to the Galaxy Note9, launched last month, the XS Max is 0.1 inch bigger. The ever-increasing screen size of iPhones - going against Steve Jobs boast in 2007 that the first iPhone “fits beautifully in the palm of your hand” - follows consumers’ growing preference for bigger screens for playing games and watching videos.

All of the three new models follow the iPhone X in scrapping the home button to make room for an edge-to-edge screen.

“Notched and full-screen were all the rage in 2018, as the industry raced to adopt the new smartphone design features,” said Jusy Hong, research and analysis director at market researcher IHS Markit in a report. “The continuation of the notched display speaks to the importance of Apple setting the design language that the rest of the market will mimic.”

“iPhone XR will allow us to deliver the future of the smartphone to even more people,” said Cook.

Apple also unveiled the fourth-generation Apple Watch which, at 11.4 millimeters (0.44 inches), is thinner than its direct predecessor by 0.8 millimeters, but thicker than the first generation’s 10.5 millimeters.

The Series 4 comes in 44 and 40 millimeter versions, both of which have bigger faces than preceding models from last year. They are also more expensive. The Apple Watch 4 starts at $399 for a GPS version and $499 for LTE.