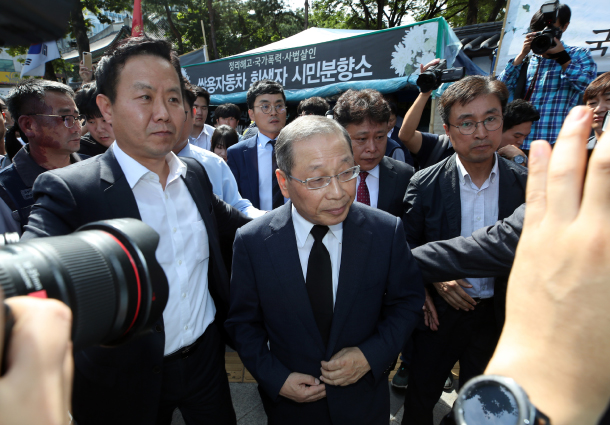 SsangYong Motor CEO Choi Johng-sik visits a group memorial alter set up for deceased employees who used to work at the auto company including Kim Ju-jung in front of Deoksu Palace in Jung District, central Seoul, on Thursday in the company’s attempt to resume negotiations on reinstating laid-off workers. Kim is the latest of 30 workers to die from apparent suicide as the automaker delays the reinstatement of workers following huge layoffs in 2009 in the aftermath of the global financial crisis. Thursday’s visit marked the first time that the head of SsangYong Motor has visited the memorial. [YONHAP]