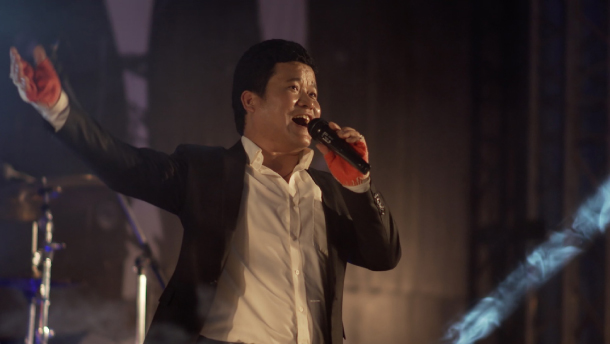 The DMZ International Documentary Film Festival kicked off on Thursday in Paju, Gyeonggi, under the theme of peace, life and communication.

Director Jee Hye-won’s “Coming to You, Minu” opened the 10th edition of the film event. The film is about a Nepalese immigrant named Minu, who is the vocalist of a band Stopcrackdown and fights for protecting the rights and interests of immigrant workers. One of the important topics addressed at this year’s festival is discrimination against immigrant workers as well as refugees.

A total of 142 movies from 39 countries will be screened under six different sections, including Competition and Special Screening.

Throughout the week-long event, renowned documentary directors, including Fernando E. Solanas, the Argentinean director who produced “The Hour of the Furnaces,” and Avi Mograbi, the Israeli director who has brought up problems of territorial disputes between Israel and Palestine in his works, are scheduled to visit.

Some notable movies that will screen at the festival are director Lee Jong-eun’s “The Poem, My Old Mother,” about grandmothers who start writing poems after learning to read and write, director Park Hwan-sung’s “Elephant Boy,” about a 12-year-old boy from Nepal who is disappointed by his father’s harsh attitude towards elephants, and filmmaker Manon Ott’s “Ash and Ember,” a poetic and political portrait of a changing working-class suburb.