Zo In-sung brings charisma to a war general : The actor takes a fresh approach to a classic period movie

Zo In-sung brings charisma to a war general : The actor takes a fresh approach to a classic period movie 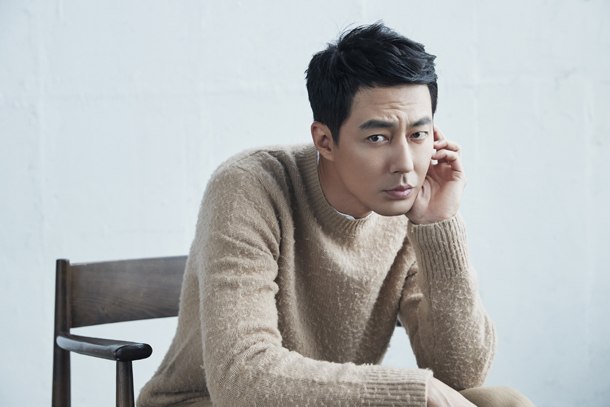 In “The Great Battle,” actor Zo In-sung plays a friendly and charismatic General Yang Man-chun from Goguryeo (37 B.C.-A.D. 668), who wins a miraculous victory against half a million men invading from the Tang Dynasty. [IOK COMPANY]

Through many period movies - one of the most beloved genres in Korea - local audiences have come to believe that generals in fierce battles are sanctified men who are emotionally detached from their soldiers and sufficiently experienced as seen by their age. General Yang Man-chun from the upcoming period movie, “The Great Battle,” however, proves otherwise.

Played by the charming heart-throb Zo In-sung, who is known for rom-coms like the 2014 SBS drama “It’s Okay, That’s Love” (2014), he plays a handsome, humane and generous General Yang who exudes a sense of charisma that is powerful enough to band his people together to fight against invading enemies.

“At first, I couldn’t match General Yang,” said Zo during an interview held in central Seoul on Thursday. Zo rejected the offer to play the role twice, but the director assured the actor that Yang would be different from the generals commonly seen in period flicks. And the desire to “create something new” was enough to convince Zo to join the film. 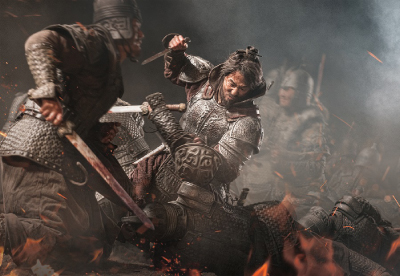 “I thought it might work if I approached the character in a more friendly style - someone like a brother you would commonly encounter in the neighborhood. I tried to regard his position as a general as just a title [instead of something that defines him].”

Set during the Goguryeo Dynasty (37 B.C.-A.D. 668), “The Great Battle” is about a battle between Yang and his troops trying to defend Ansi Fortress against half a million men from the Tang Dynasty trying to invade.

The epic battle continued for 88 days, and ultimately Yang, who had less than one-tenth of the soldiers the invading force had, was the victor.

Despite being a compelling figure, not much information is known about the general, taking off pressure and providing leeway for Zo to reimagine the general.

“I didn’t refer to anyone in particular,” said Zo. “Though Yang Man-chun is a great man, I felt too pressured to take on the character when I thought of him as a great man. So instead of trying to be a charismatic general like many others we have seen [in historical movies], I wanted to portray him as a free person without agony - someone without the ambition to climb up ranks.” Zo added, “But this involved risks - it became challenging for me to set a standard in defining the character.”

Zo also liked the idea of Yang’s ambitious yet simple goal to protect the fortress for his people.

“[I guess] his aim wasn’t as grand as saving Goguryeo when he went out for the seemingly unbeatable battle. He simply worked hard to fight against the invaders, and his simple goal is what brought about victory.”

Zo also shared his hopes for more movies set in the Goguryeo Dynasty. “There are not many historical movies that go as far as Goguryeo. There are so many materials that can be dealt with during that period. And I think ‘The Great Battle’ is just the beginning.”

Even 20 years since his debut, Zo is determined to pull off more diverse roles. “Because of my [modern-looking] appearance, I have mostly played prince charming roles. I haven’t gotten many offers for historical movies. But I will have to break that stereotype. This doesn’t mean I’d insist on working on period flicks because there are so many things to do. But if there is a tempting opportunity, I’m willing to take it.”

Zo, who debuted as a model, does not want to place any special meaning on his 20th anniversary of his debut. Instead, he simply wants to continue his work as he has been doing. “[Even after 20 years], there will be times that I fall down. But what matters is how quickly I can get up.”

When asked whether the number 20 has any special meaning to him, Zo answered, “When spring passes, summer comes and the seasons continue to pass. That is natural. There isn’t something like a special spring or a special summer. I’ll just take the path [of an actor] just as I have been doing.”

The movie opens in theaters on Wednesday. It is rated 12 and above.