The once and future maverick

The once and future maverick 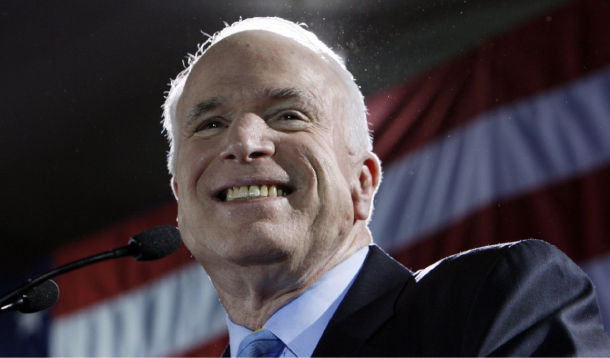 Park Won-ho
The author is a professor of political science at Seoul National University.

Senator John McCain’s funeral was extraordinary in several ways. Reflecting the characteristics of a veteran politician known to be a maverick, the Vietnam War veteran, six-time senator and presidential candidate of the Republican Party’s funeral was filled with surprising elements. In a way, it answered a fundamental question: What does a politician live for and how does he leave a legacy?

In a ceremony at the National Cathedral in Washington, two former presidents from different parties, George W. Bush and Barack Obama, gave eulogies. It was a surprise that the three-hour ceremony was aired live, but what was more surprising was the late senator’s uncompromising decision, made before his death, that current President Donald Trump not be invited. It must have been awkward to decide the guests at his own funeral, but McCain must have wanted to leave a message. Therefore, the absence of the current president, as much as the attendances of the two former presidents, seemed to be a key to understanding McCain’s life as a politician and his political legacy.

Ironically, the two former presidents who defeated him delivered eulogies at the service to remember his life. “He made us better presidents,” Obama summarized, and they were not empty words.

No one proved better than McCain that losing well is as important as winning an election for a politician. During his 2000 presidential campaign, he traveled aboard a bus named the “Straight Talk Express” to meet media and voters and have candid talks, and it became his signature. After his two defeats, his influence in the Senate actually expanded.

The 2008 presidential election was a landmark election that produced the first African-American president. But the most memorable moment of the campaign was when McCain defended his rival Obama to a woman who said she could not trust Obama because he was an Arab. “No ma’am,” McCain said. “He’s a decent family man, a citizen that I just happen to have disagreements with on fundamental issues, and that’s what this campaign is all about.”

He was a conservative politician who consistently pushed for a smaller government and stronger foreign policy. But his bipartisan discussions and spirit allowed campaign finance reform in the early 2000. He was always at the center of bipartisan cooperation to amend the immigration and environmental laws, and he naturally won the reputation of “maverick” during the process.

Although it was never realized, it was known that he had a plan to name Sen. Joe Lieberman, a Democrat, as his vice-presidential nominee in 2008.

McCain must have despised the idea that partisan confrontation is a political goal, not a subject to overcome. He believed that factions create thoughts and arguments rather than the other way around. He looked down on parties and politicians who thrive on factional strife. At McCain’s funeral, it should have come as no surprise that Trump, even if he is the current president, had no proper place.
What a politician lives for and what his or her ultimate goal is are actually the subject of an old debate in political science. Some politicians seek reelection, while others seek power. Some may go after rights and interests, and that may be natural.
But it is great for us to have had a politician who worried about how his name would be remembered by generations to come and in history as he faced his death. That was probably why McCain referred to a line from an Ernest Hemingway novel in his memoir: “The world is a fine place and worth fighting for and I hate very much to leave it.”