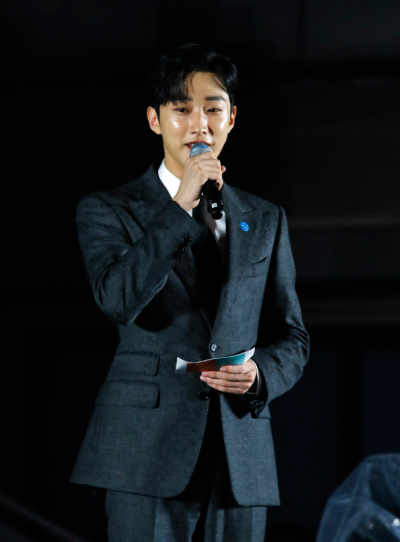 Netflix revealed the cast for its original mini-series “First Love for the First Time” (working title) on Friday.

The story follows a boy and a girl who start out as friends and develop feelings for each other just as the boy’s best friend gets into the mix.

Ji Soo, best known for his appearance in the 2015 MBC drama “Angry Moms,” Jung Chae-yeon of the girl group DIA, and Jinyoung (pictured) of boy band B1A4 will play the three leads, though their specific roles were not revealed.

The mini-series is set to premiere on Netflix next year. The lead writers will be Kim Min-seo, who also worked on the movie “My Black Mini Dress,” and Jeong Hyun-jung, who worked on the hit KBS2 drama “Five Enough.”

“I am thrilled that I am participating in a project that allows me to meet fans from all over the world,” Jinyoung said in a statement released by his agency, Link 8 Entertainment. “It is always nice to see Hallyu [the Korean wave] spread overseas, and I will return the interest with acting that won’t disappoint.”

Netflix has been ramping up its Korean productions since the streaming service became available here in 2016. Most recently, it announced that it would begin production for a live-action adaptation of the popular web comic “Love Alarm.”