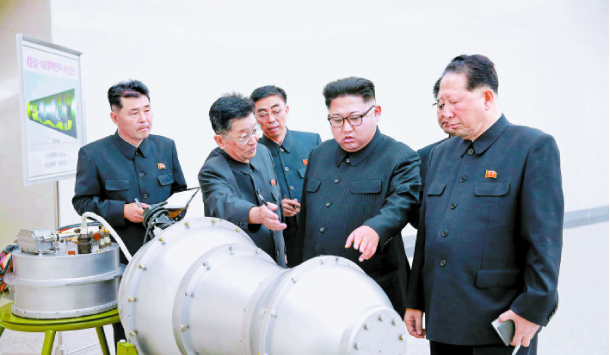 KIM SUNG-TAK
The author is the London correspondent for the JoongAng Ilbo.

The event at Parliament was hosted by Julian Lewis, chair of the Defence Select Committee, after researchers at the Henry Jackson Society and King’s College London delivered presentations on the prospect of North Korea’s denuclearization. Members of Parliament, scholars and journalists were in attendance, and they shared skepticism on denuclearization. The British addressed obstacles to denuclearization of the Korean Peninsula, such as doubts about North Korean leader Kim Jong-un’s sincerity, Trump’s impulsiveness and China’s uncertain position.

In April, the Defence Select Committee of the House of Commons issued a report that said Kim was ruthless but rational and would not pursue denuclearization now that his country’s nuclear weapons have become advanced. In an interview that Francois gave after helping draft the report, he said that if a military clash occurs on the Korean Peninsula, the United Kingdom would provide military support to help evacuate British citizens, and if the United States protects South Korea, the United Kingdom must get involved.

Skepticism about denuclearization talks between North Korea and the United States have spread not just in the United Kingdom but also in the U.S. Senate. There are concerns that if North Korea does not denuclearize, diplomatic means will lose their momentum, and the situation will get worse before it gets better. Park Eun-ha, South Korea’s ambassador to the United Kingdom, and other South Korean participants advocated the government’s two-track pursuit of denuclearization and inter-Korean relations, but the questions continued.
Talks with North Korea did not begin because of long-range missiles. The South initiated contact by inviting North Korea to the PyeongChang Winter Olympics. Trump reportedly planned a tweet ordering families of U.S. troops to leave Korea, but Britain also had a plan to bring back its citizens. Unlike American and British citizens, South Koreans would suffer enormous casualties if North Korea attacks with long-range artillery.

Although Francois expressed skepticism about North Korea and China’s sincerity, he said negotiations were worth trying. Since the world is watching, the South Korean government should bring consistent progress from the third summit between South Korean President Moon Jae-in and North Korea’s Kim.