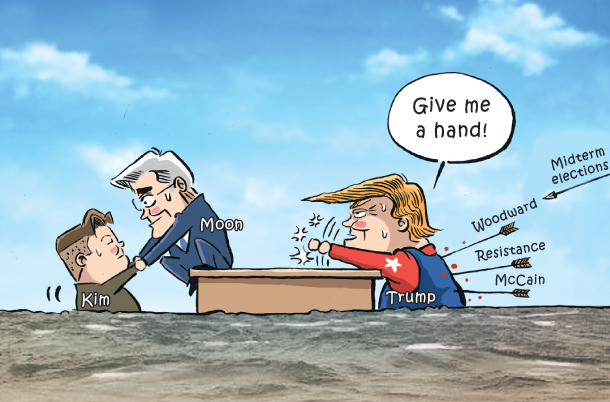 Ahead of midterm elections in November and South Korean President Moon Jae-in’s third summit on Tuesday with North Korean leader Kim Jong-un, U.S. President Donald Trump seems to be nervous about what Moon can really achieve in the denuclearization front after Bob Woodward’s revelation of a dysfunctional White House, an anonymous op-ed on internal resistance in the administration and the late Sen. John McCain’s attack on Trump.