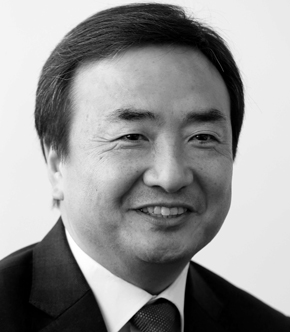 President Moon Jae-in is departing for Pyongyang today. He is the third South Korean president to visit Pyongyang, after Presidents Kim Dae-jung and Roh Moo-hyun. Moon, in fact, has already crossed the inter-Korean border at Panmunjom twice, the line crossed by Roh for the first time. Today, he will use an air route over the Yellow Sea. He is accomplishing what both presidents did in only his second year as president.

I was a part of the press delegation for the 2000 inter-Korean summit in Pyongyang. I saw the excitement and emotion of the first inter-Korean summit. Kim, after returning to Seongnam Airport, declared that “there will be no more war on the Korean Peninsula.” Many dreamed that North Korean leader Kim Jong-il would visit Seoul and Europe via railway from Korea.

This is Moon’s third inter-Korean summit. He also successfully arranged the North-U.S. summit. It is no surprise that he wants to go farther and faster than the two previous summits. In an interview with foreign media, he said it is his goal to make progress by the end of this year that cannot be reversed. Past agreements have all been scrapped when new presidents were elected, and he doesn’t want to repeat the failure.

Why were they scrapped? Roh agreed to the Oct. 4, 2007 agreement with only two months before the presidential election. He promised enormous infrastructure investments in the North. In order to spend the enormous budget, he needed approval from the National Assembly. He didn’t even have time to execute the plan and he did not consult prominent presidential candidates. The agreement fell through.

Cooperation with the United States doesn’t seem to be going smoothly. Without South Korea-U.S. cooperation, Moon’s unilateral move cannot succeed. On the peninsula, the influences of the United States and China do not just disappear by turning a blind eye to them. We must remember the efforts Germany put in to persuading their neighbors before unification.

The Unification Formula for the Korean National Community, which became the foundation of our current unification plan, was created by then President Roh Tae-woo with joint efforts of opposition parties. President Kim Dae-jung, before his historic trip to Pyongyang, had also obtained support from neighbors including the United States.

The U.S. government is suspicious of the South’s smuggling of North Korean coal. There were multiple warnings that it would create a hole in the sanctions against the North. When the inter-Korean liaison office in Kaesong opened on Friday, the U.S. Treasury Department announced an additional sanction.

The Oct. 4, 2007 declaration was not the only agreement that was scrapped. U.S. President Donald Trump once planned to scrap the Korea-U.S. free trade agreement, which was ratified by the two countries’ legislatures. Unless the North’s nuclear weapons are completely removed, anyone can go back to their original position in this sensitive negotiation.

The best way to persuade is to win the other side’s heart, which needs trust. If what you say to someone’s face is different than what you say behind their back, you cannot be trusted. In politics, procedure and formality are particularly important. Protocol may seem unnecessary, but they actually affect the outcome. The Moon Blue House put in enormous effort to charm Ivanka Trump, the president’s daughter and a White House adviser. It even mobilized the honor guard at Panmunjom for the inter-Korean summit.

Compared to those efforts, the Blue House’s way of inviting political leaders to the Pyongyang summit was extremely sloppy. Im Jong-seok, presidential chief of staff, notified them during a press conference. His expressions were more of an instruction than persuasion.
President Moon scolded them by saying, “They must stop thinking about parties’ interests and partisan politics.” It makes us wonder if he was talking to the opposition leaders or trying to put up a show for North Korean leader Kim Jong-un.

This is not the first time, in fact. Moon announced the constitutional amendment plan unilaterally and pressured the National Assembly to accept it. If he truly wanted the amendment, he should have consulted lawmakers. He should have let the ruling party do the consultation. A senior member of the ruling party was amazed at Moon’s announcement, calling it exquisite workmanship. Moon managed to quiet the discussion on constitutional amendments while passing the buck to the opposition parties, he said. If it is Moon’s true intention to ignore the National Assembly repeatedly, it is worrisome. Is this what he has learned from politics?

The key is winning the heart. The National Assembly is a partner of governance. When you treat it as a subject to be liquidated, you cannot have a dialogue. It doesn’t mean that we are trying to engage the North because we agree with it. If the administration puts in just a tiny amount of effort, the opposition will change.

It won’t be too late, even after the inter-Korean summit, to strengthen the efforts from inside. The opposition parties do have many problems, but it is the administration that has the primary responsibility of running the country.