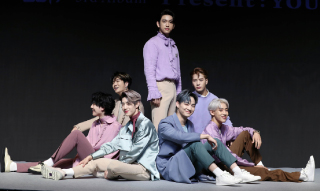 The album, which was released on Monday, placed first on iTunes charts in Brazil, Finland, Hong Kong, Mexico and New Zealand.

The group’s song “Lullaby” currently sits at first place on streaming sites like Mnet, Naver Music, Bugs and Soribada. The music video for the song recorded over 10 million views in less than one day, according to JYP Entertainment. The song was recorded in Korean, English, Mandarin and Spanish to honor the group’s international fans.

GOT7 debuted in 2014 with their EP “Got It?” and recently wrapped their first world tour.