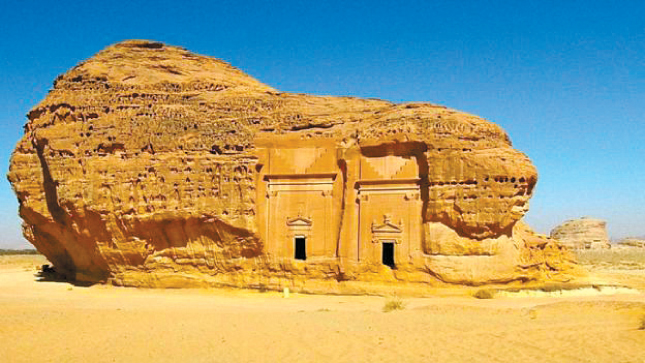 In 2008, the Archaeological Site of Al-Hijr (Madâin Sâleh) was listed on the UNESCO list of world cultural heritage as the first UNESCO World Heritage property to be inscribed in Saudi Arabia. Formerly known as Hegra it is the largest conserved site of the civilization of the Nabataeans south of Petra in Jordan. It features well-preserved monumental tombs with decorated facades dating from the 1st century BC to the 1st century AD. The site also features some 50 inscriptions of the pre-Nabataean period and some cave drawings. Al-Hijr bears a unique testimony to Nabataean civilization. With its 111 monumental tombs, 94 of which are decorated, and water wells, the site is an outstanding example of the Nabataeans’ architectural accomplishment and hydraulic expertise. 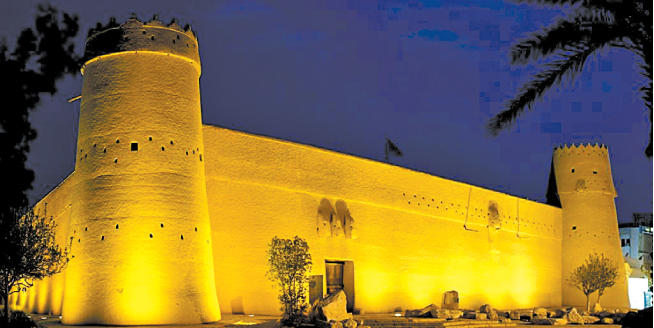 Saudi Arabia is one of the most populous and wealthiest nations in the Middle East, the heart of the Islamic and Arab world. Located at the convergence of Europe, Asia and Africa, the Kingdom is a natural bridge connecting people and goods around the world, representing a crucial logistic hub for both global trade routes and for business expansions. The Saudi economy has experienced an annual average growth rate of 4 percent over the past 7 years, supported by a pro-business environment that quickly moves investors to the heart of the Arabic market. The Kingdom is fully committed to developing its investment environment: tremendous efforts in advancing the business ecosystem have been already made, and new measures aimed at making it easier to do business are already planned.

• Saudi Arabia has launched the Vision 2030 aimed at enhancing its business environment and economic performance, by establishing clear priorities, solid alignment amongst all relevant stakeholders, and serious commitments in leveraging private investments.

• The implementation of the Kingdom’s project is detailed by 12 Vision Realization Programs, acting as a roadmap for the whole country.
The new strategy and developments, as well as the positive fundamentals of the Saudi economy, set an unprecedented opportunity for investors willing to grow their assets and succeed worldwide. Saudi Arabia’s multiple growing sectors such as entertainment, information technology, and financial services will open new challenges, promising high returns for all investors.