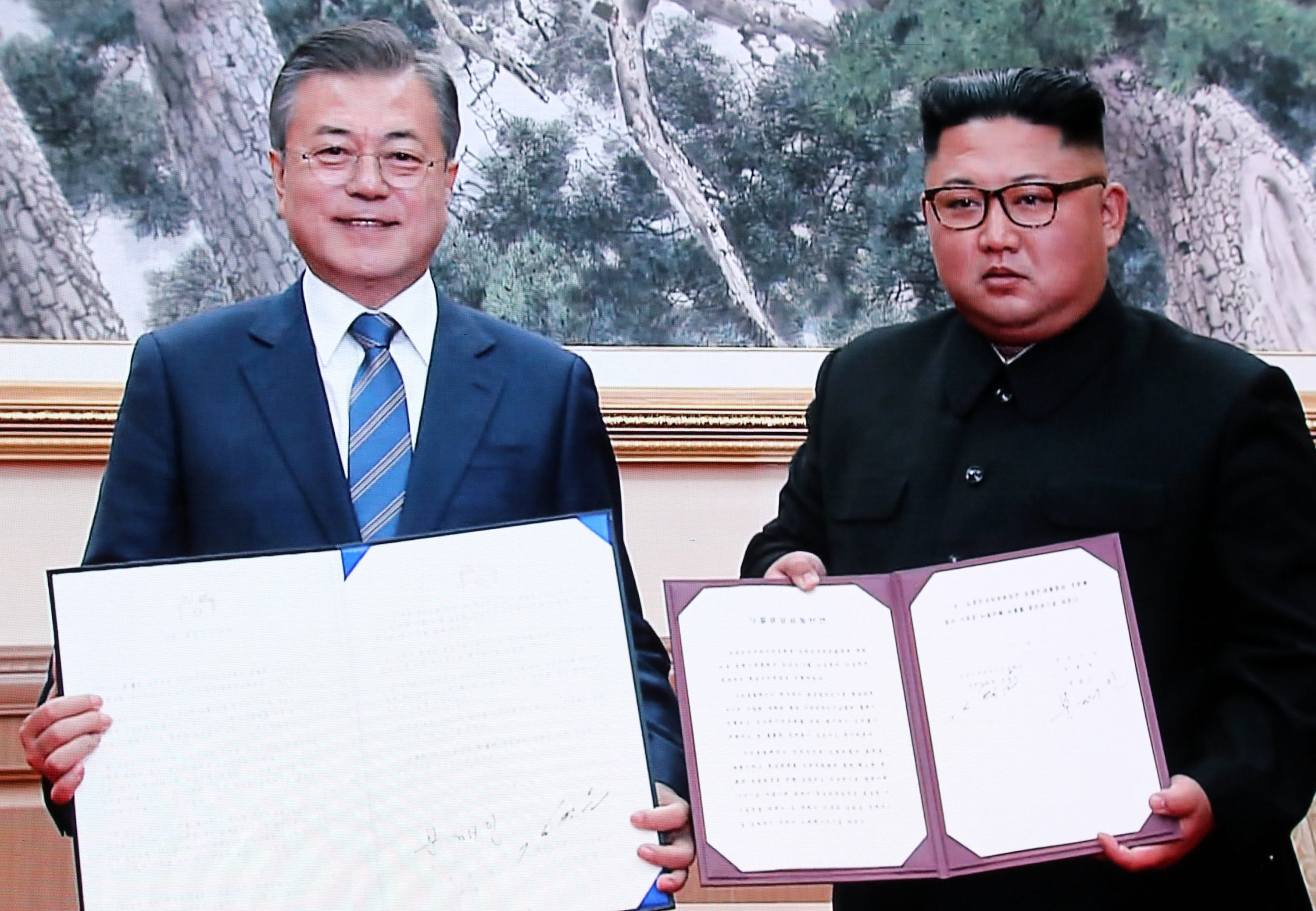 North Korea will invite foreign experts to verify the permanent dismantling of its long-range missile engine test site, leaders of the two Koreas agreed in a joint statement Wednesday.

“The North agreed to terminate permanently the Tongchang-ri engine testing site and a launch stand there with experts from related countries present [for verification],” read a joint statement signed by President Moon Jae-in and North Korean leader Kim Jong-un at the Paekhwawon State Guesthouse in Pyongyang Wednesday, the second day of Moon’s three-day stay there.

Kim even offered to shut down his main nuclear weapons facility – but only after the U.S. comes through with something to make such a major capitulation worthwhile.

“The North has expressed its intention to take additional [denuclearization] measures such as the permanent dismantlement of the Yongbyon nuclear center,” the statement read, “should the U.S. take corresponding measures in accordance with the June 12 North-U.S. summit.”

Moon and Kim agreed to continue their “close cooperation” in the pursuit of “complete denuclearization of the Korean Peninsula.”

The statement also noted that Moon and Kim agreed that more tangible steps should be taken quickly in order to make the Korean Peninsula free from threats of nuclear weapons and ensure peace.

On alleviating military tensions along the border and beyond, the two leaders agreed to launch a joint South-North military committee to put into action practical military measures to prevent armed conflict and open communication channels between the two militaries.

“The South and North agreed to work toward terminating any chance of war and improving hostile relationship [between the two militaries] in every corner of the Korean Peninsula beyond the demilitarized zone,” the agreement read.

The two leaders signed the joint Pyongyang agreement in front of members of Moon’s entourage and North Korean officials during a press conference broadcast live.

The signing ceremony followed an hour-long one-on-one meeting between Kim and Moon -- unaccompanied by any aides -- that began at around 10 a.m.

“We have opened a path toward peace. And now we have to turn this path we have just paved to the path of complete denuclearization and turn it into action,” said Moon during the conference.

In high praise of Kim, Moon continued that Kim had “answered to the wishes of the Korean people and the world.”

On the inter-Korean economic front, Moon and Kim agreed to begin reconnecting railways and roads along the east and west coastal lines by the end of this year.

“I requested Chairman Kim to pay a visit to Seoul and he agreed to do so at an early date, which means by the end of this year,” Moon said.