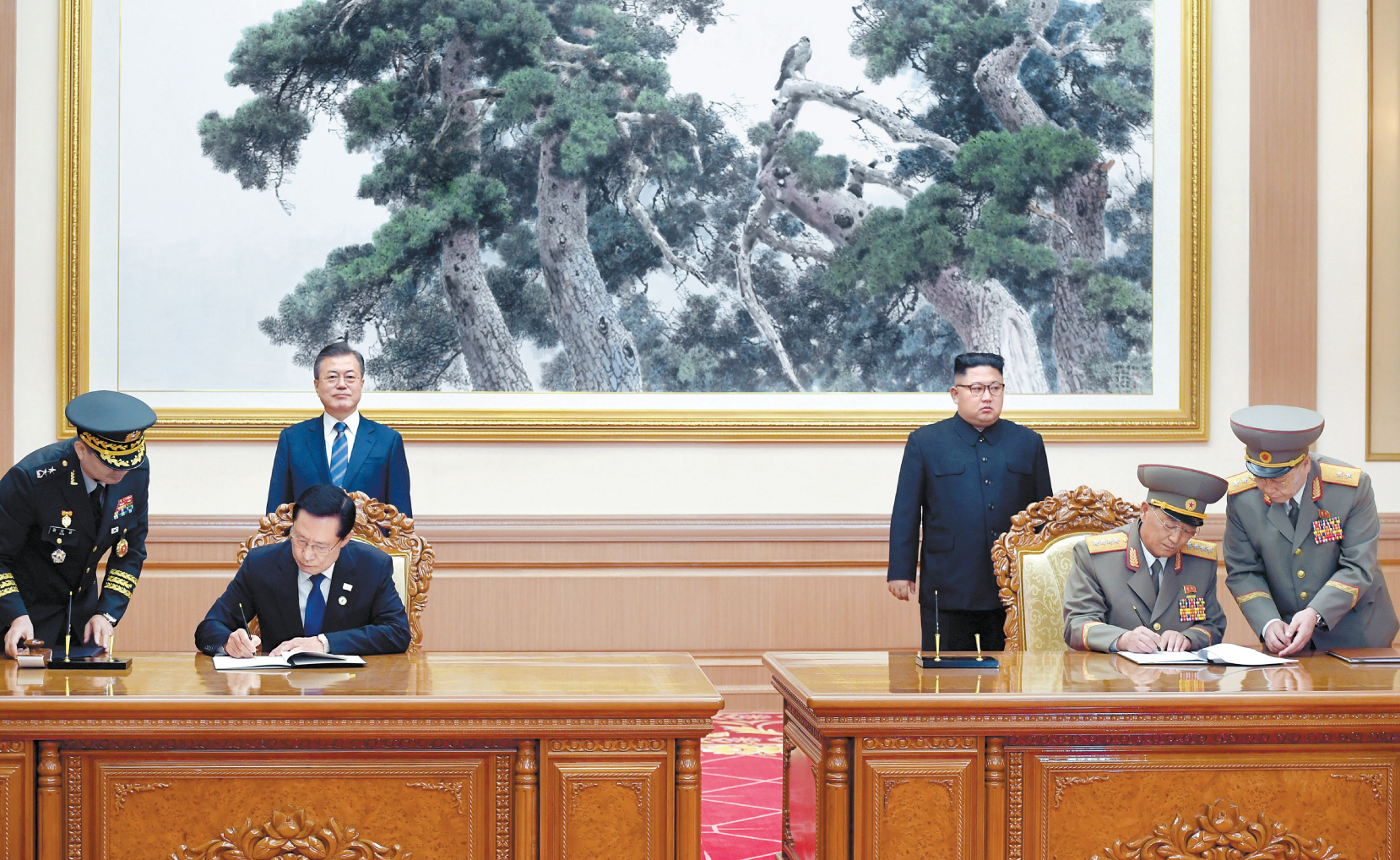 South Korean Defence Minister Song Young-moo, second from left, and his North Korean counterpart No Kwang-chol, second from right, sign a military agreement as South Korean President Moon Jae-in, third from left, and North Korean leader Kim Jong-un, third from right, look on during a signing ceremony after the inter-Korean summit at Paekhwawon State Guesthouse in Pyongyang on Wednesday. North Korea’s Kim Jong-un said he will soon make a historic visit to Seoul and has agreed to close a missile testing site with verification by international inspectors, as a rare inter-Korean summit unfolded in Pyongyang. [JOINT PRESS CORPS]