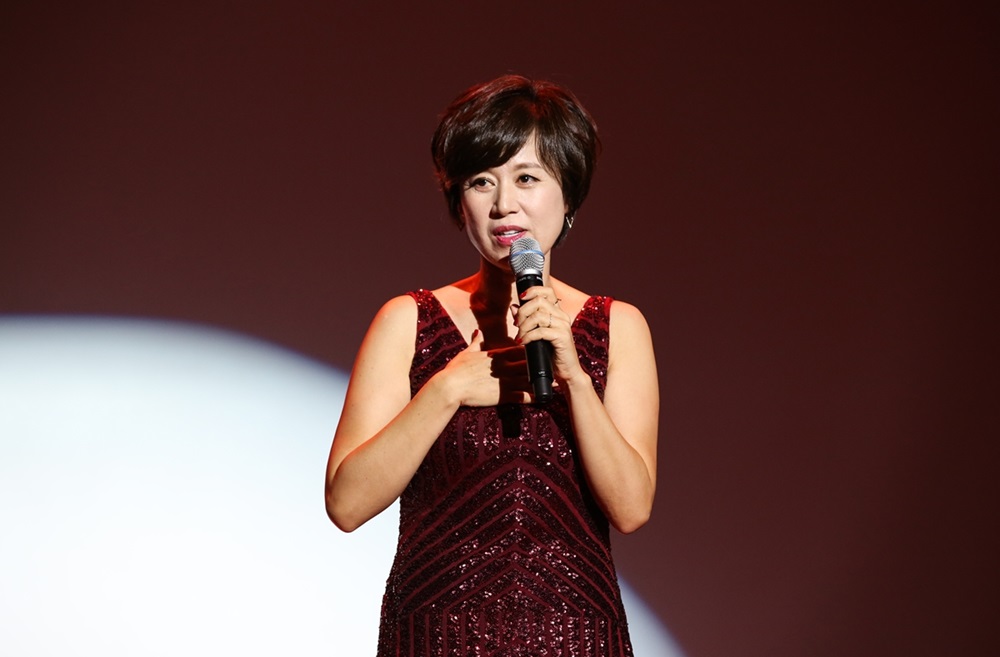 Comedian Park Mi-sun’s car was involved in car accident around midnight on Wednesday.

According to her agency Line Entertainment, Park’s car was waiting to make a turn when she was hit by a driver from behind. The force of the hit propelled her car to hit the car in front of her.

Witnesses to the scene said that Park was beside herself after the accident. She was said to be crying as she walked around asking for help. Soon after, Park was transported to a hospital for examination.

“Park was in the emergency room until early this morning. Her injuries are not fatal but she has taken some painkillers,” Line Entertainment said in a statement released on Thursday. Park insisted on being discharged in order to participate in scheduled activities.

Her desire to work may not come as a surprise to fans of Park, who is known to be a workaholic. In an interview with JoongAng Ilbo, an affiliate of the Korea Joongang Daily, she admitted to only having taken two months off during her 30-year career.

Park is currently starring in tvN’s “Nest3” and is part of the cast in the “Shop on the Stage,” a play that opened at Good Theater in central Seoul’s Daehangno neighborhood on Sept. 14.