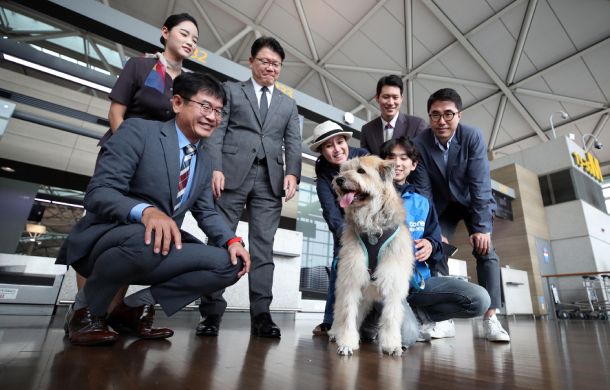 CARE stands for Coexistence of Animal rights on Earth.

Under the partnership, the Korean airline will provide a separate check-in counter for CARE volunteers who ferry dogs via airplane.

The volunteers will also be able to use Asiana’s business lounges and send an extra piece of luggage.

The airlines said it chose to support air travel to the United States since families there are more active in adopting dogs.

An Asiana spokesperson said the airline has been focusing on expanding services for pet dogs as more Koreans consider dogs life companions rather than mere animals.

In July last year, the airline lowered the bar for pets allowed to travel in the cabin with passengers to those lighter than 7 kilograms (15.4 pounds) from the previous 5 kilograms.

The guideline for pets allowed to travel by consignment has also been eased to those that weigh less than 45 kilograms, up from the previous limit of 32 kilograms.