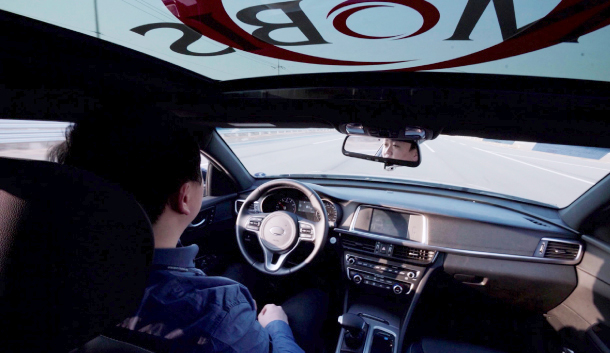 A researcher from Hyundai Mobis test drives M.Billy, a test car for self driving technology equipped with various systems, including radar. The existing short-range radar installed in the car will be replaced with a new system developed by Hyundai Mobis, according to the company. [HYUNDAI MOBIS]

Hyundai Mobis said Thursday that it developed its own short-range radar system for use in autonomous cars and plans to offer the system to local automakers from 2020.

Radar can be used as an object detection system to help self-driving cars avoid collisions. The company said it is the first local firm to develop this type of radar on its own.

The short-range radar developed by the auto parts maker is used for blind-spot collision warnings, a driver assistance service that alerts drivers of a potential collision with a car behind it, depending on the position and speed of the car to the rear.

According to Hyundai Mobis, its radar works twice as fast as existing systems and detects objects 1.5 times further away. The hardware for the system weighs roughly 120 grams (4.2 ounces), half the amount of existing devices, the company said.

Local automakers have been depending on imports for object detection systems and the Hyundai Motor affiliate said its system can replace imported radar.

The parts maker’s goal is to develop four different radar systems used in self-driving cars within this year. To develop high-performance long range radar, the company is working with two German radar companies.

According to Hyundai Mobis, the market for radar systems for cars will grow by an average of 20 percent every year to reach 20 trillion won ($17.8 billion) by 2023. 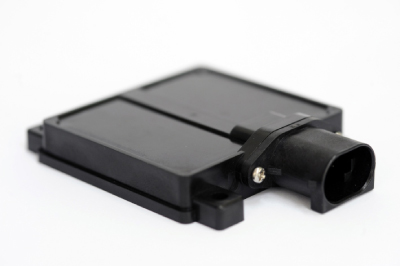 To expand its sensor portfolio by 2020, the company said it will secure technologies to develop all types of sensors used in self-driving cars.