Samsung to launch Galaxy A7 on Oct. 11 in Kuala Lumpur

Samsung to launch Galaxy A7 on Oct. 11 in Kuala Lumpur 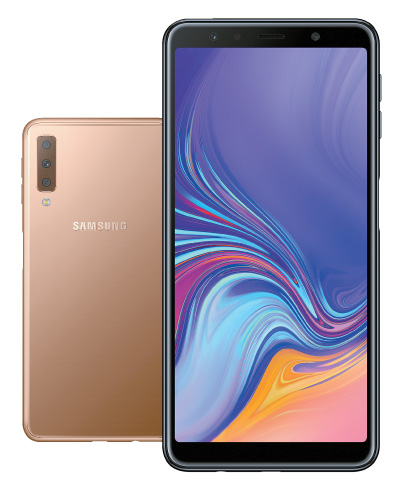 Samsung Electronics on Thursday announced the latest addition to its lower-end smartphone range, the Galaxy A7. The new phone will be the first Samsung smartphone with a triple camera. The device will officially go on sale on Oct. 11 during a Galaxy A event that will take place in Kuala Lumpur.

According to the company, the camera is equipped with a 8MP 120 degree Ultra Wide Lens that allows a wide-angle photo equivalent to the view seen by the human eye. Additionally, the 24 megapixel camera and the Depth Lens give more depth to the image through its live focus features. The 24MP Lens automatically lets more light to allow for a clearer image when taking pictures in the dark.

With its intelligent scene optimizer, the color, contrast and brightness of an image can be optimized.

Other features of the budget smartphone include a premium 6-inch Super Amoled display, Dolby Atmos sound system and a fingerprint sensor on the side.

It will come in four colors - blue, black, gold and pink.