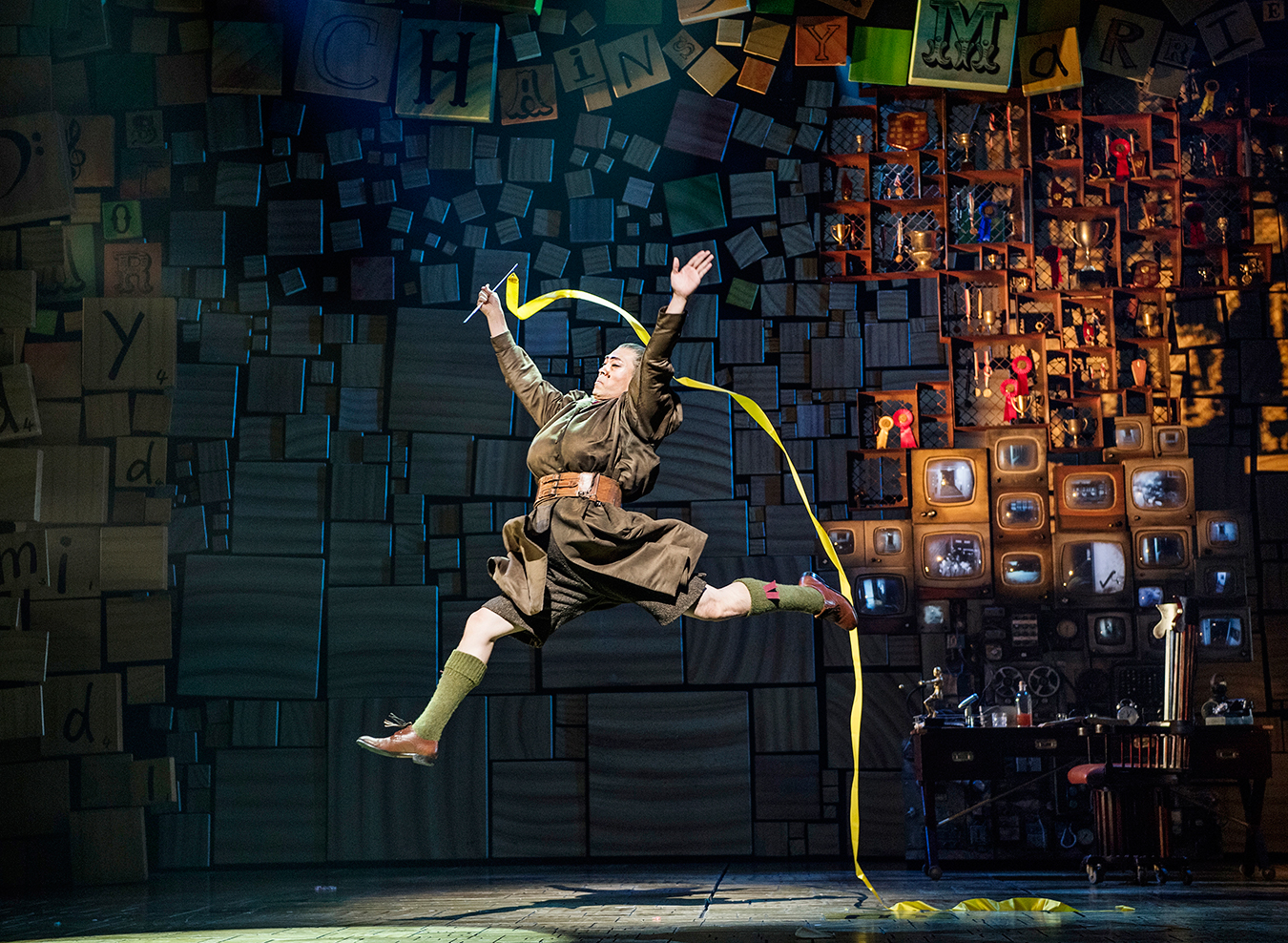 The Korean production of a popular musical “Matilda” based on Roald Dahl’s novel is being staged at the LG Arts Center in southern Seoul. Above is actor Choi Jae-rim playing the role of Miss Trunchbull. [ROBIN]

Oct. 26: World-renowned tenor Placido Domingo has performed at the world’s most famous opera houses, including the Royal Opera House in London, the New York Metropolitan Opera, Vienna State Opera, London’s Royal Opera House, La Scala in Milan and the Opera Bastille in Paris. This fall, he will perform in Korea for the first time in two years. The singer has a diverse program planned for his seventh local performance.

To Oct. 21: Set in 1960s America, this musical tells the heartwarming story of lovers at a paradise resort. Marge, whose fiance never showed up to their wedding, goes to the resort where she was supposed to honeymoon with her best friend Lois. Feeling sorry for her friend, Lois tries to connect the singer Del with Marge.

Meanwhile, Gabe, an employee at the resort, falls for Lois and writes a song for her. Realizing that Gabe’s talent is being overshadowed by Del’s presence, she promises to stand by him if he sings on stage.

To Oct. 28: Led by American theater director Robert Johanson, this musical is based on Victor Hugo’s 1869 novel of the same name.

Oct. 20-21: Unlike mainstream rock music festivals, the Grand Mint Festival (GMF) showcases musicians such as indie artists and groups who aren’t usually heard on the radio.

This festival includes a food zone, entertainment zone, beauty zone and a “slow life” zone for those who need to take a break from the music. The lineup consists of singer BoA, singer Younha, indie duo MeloMance and vocal duo Bolbbalgan4.

To Feb. 10: Based on Roald Dahl’s 1988 best-selling novel, this musical tells the story of a gifted young girl named Matilda who possesses telekinetic powers.