For Cooper’s ‘Star is Born,’ chemistry was key

For Cooper’s ‘Star is Born,’ chemistry was key 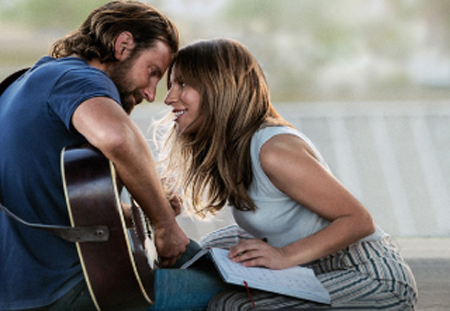 When first-time director Bradley Cooper hired pop superstar Lady Gaga for her first movie role in the remake of classic film “A Star is Born,” both were taking a leap of faith.

Trust, hard work and chemistry were key to their re-telling of the romance between an aging alcoholic musician and an ingenue who had previously been played by Barbra Streisand and Judy Garland.

Cooper, 43, who also stars, sings and co-wrote the screenplay as well as some of the music, said the two had “an explosion of chemistry at the offset and then a massive commitment and that commitment followed up by a work ethic.”

“I found somebody that works as hard as I do. It pushed me to work harder,” Cooper told Reuters.

“A Star is Born,” opening in movie theaters around the world next week, tells the story of country singer Jackson Maine (Cooper), who meets, nurtures and falls in love with aspiring musician Ally (Lady Gaga). As Jackson deals with addiction and tinnitus and his own star wanes, Ally’s career takes off.

Despite a career as one of the world’s biggest pop singers and a television role in series American Horror Story, the film marks Gaga’s debut as a movie actress.

Reviews have been glowing for both Cooper, who is better known as an actor in “The Hangover” and “Silver Linings Playbook,” and Gaga, who built a name for herself with flamboyant outfits and performance stunts.

“I trusted him,” Gaga said of Cooper. “We built a great friendship and we worked really hard.”

“Because of the trust I had with him, I felt very open and able to be revealing in a way that I didn’t even know that I had inside of me,” she added.

Gaga, 32, said she was humbled and grateful to be part of the film.

“He believed in me from the beginning. He fought for me to be in this movie,” the “Born This Way” singer said. “I am overwhelmed with excitement and I am just so happy that the film touches people’s hearts.”