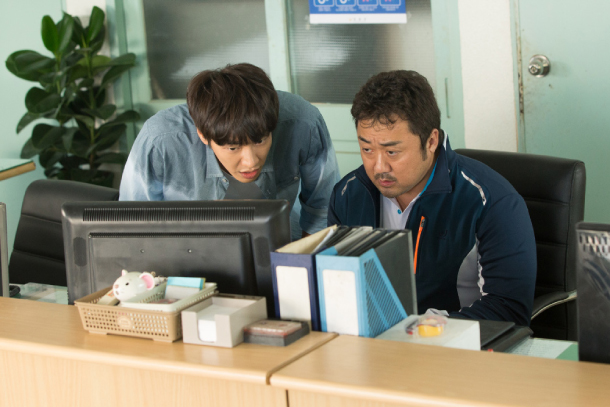 Pairing up Ma Dong-seok and Kim Young-kwang as an investigative duo, this crime comedy revolves around a judo instructor named Jang-soo (Ma), who cares about nothing else but his daughter.

Unlike many of the characters Ma has played, Jang-soo does not care much about the injustices that happen around him and tries to stay out of trouble. However, he is forced to change after the ghost of Tae-jin (Kim), an overenthusiastic police officer in a coma, starts to haunt him. Tae-jin is so ambitious about doing what is right that he does not let his death get in the way of pursuing justice. So he convinces the reluctant Jang-soo to help him investigate cases in the neighborhood.

On the train ride back home following an interview in the capital city, Ji-hyun encounters a mysterious middle-aged couple, who does not seem to know each other as well as it seems. It turns out that they connected over the Internet and are meeting face-to-face for the first time.

After a defeat, Yeon retreats, leaving nothing between the Tang army and Ansi, a fortress town located on the northern tip of the kingdom.

Directed by Park Hee-gon of crime action flick “Insadong Scandal” (2009), “Fengshui” is set in the Joseon Dynasty (1392-1910). It depicts people fighting over the perfect spot to bury their ancestors, which they believe directly affects the flow of where authority is directed.

Cho Seung-woo plays the warm-hearted fengshui master Jae-sang, who loses his wife and a child after his attempt to interfere with the powerful Kim family’s plan to steal the propitious spot away from the royal family. Veteran actor Baek Yoon-sik plays the powerful member of the Kim family while Kim Sung-kyun plays Kim’s ambitious son.

Together with Heungseon, played by Ji Sung, Jae-sang attempts to interfere with the ever-expanding power of the Kim family. But their plan is obstructed when Jae-sang realizes that Heungseon has had a different plan all along. Moon Chae-won appears as a strong-willed gisaeng (female courtesan) with the plan to take revenge against the people that harmed her family during her childhood. 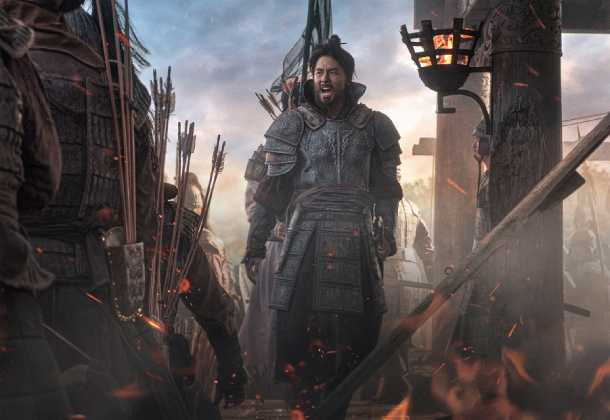 Placing high profile actors Son Ye-jin and Hyunbin as the main leads, “The Negotiation” follows a suspenseful bargaining situation between Chae-yoon (Son), a negotiator from the Seoul Metropolitan Police Agency, and an illegal arms dealer Tae-gu (Hyunbin), who holds a Korean police officer, a journalist and a few other Korean citizens as hostages in Bangkok.

Communicating through video calls on big screens, Tae-gu threatens to kill the hostages if he does not get what he wants, which he does not hesitate to do. He physically abuses and kills the hostages without hesitation when the negotiator’s answers are not satisfying.

The negotiation, which lasts 12 straight hours, does not go smoothly, as Tae-gu does not reveal his true intention for the hostage situation, and instead, continuously demands to speak to seemingly unrelated people.

The fifth offering in the Warner Bros. The Conjuring Universe follows a priest with a haunted past. Father Burke (Demian Bichir) and a young nun, Sister Irene (Taissa Farmiga), are sent to Romania by the Vatican to investigate the death of a nun who is possessed by a demonic being, known a Valak. Set in the 1950’s, the two work together to eradicate the evil spirit. 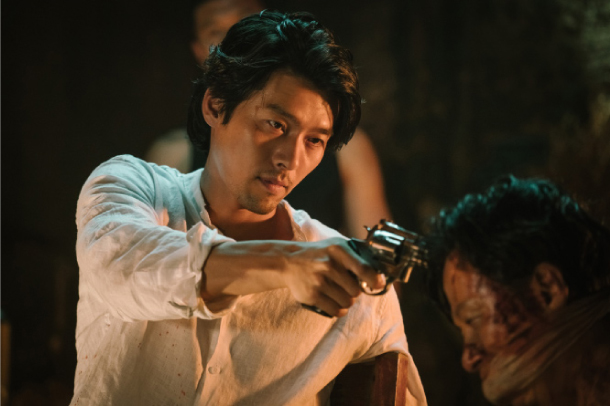 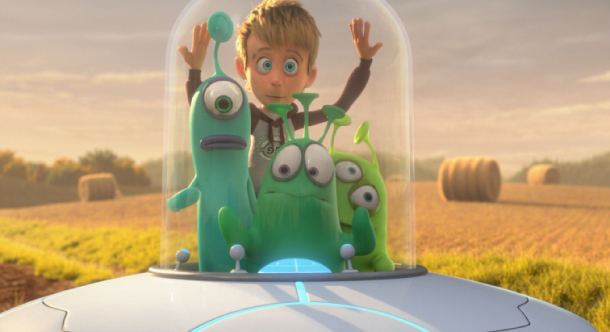 “Luis and the Aliens” is about an 11-year-old outsider named Luis who befriends three aliens after they crash their UFO into his house. Luis is a lonely boy who is ignored by his alien-obsessive father at home and is picked on by a bully at school.

Even his secret crush at school, Jennifer, ignores Luis.

Through his newly formed relationship with the trio of hapless aliens, Luis’s relationships with the people around him gradually start to change.

The aliens offer slapstick fun in the film, as they figure out what a vacuum cleaner does and the consequences of drinking dishwashing liquid.