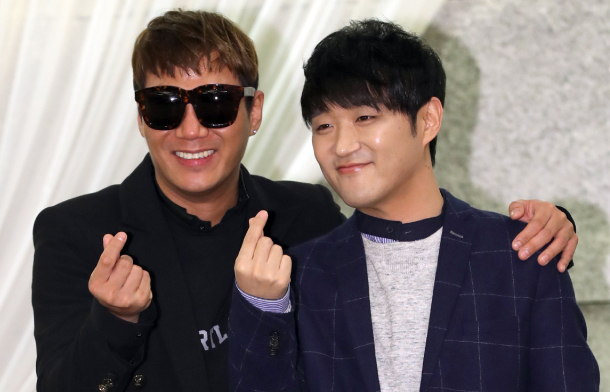 Singing duo VIBE will be returning to the stage on Oct. 10 after a two-year hiatus.

“VIBE will release their eighth EP on Oct. 10 at 6 p.m.,” their agency Major 9 said in a statement on Friday.

The duo’s return has been long-awaited by fans as their most recent release was their “Repeat & Slur” which was released in November 2016.

VIBE is made up of Ryu Jae-hyun and Yoon Min-soo. They debuted in 2002 with their first EP “Afterglow.” Both members have been active in a number of variety shows over the years. Yoon is known for appearing with his son on MBC’s hit variety show “Dad! Where are you going?” (2014-2015). Yoon recently appeared as a contestant on tvN’s “300.”