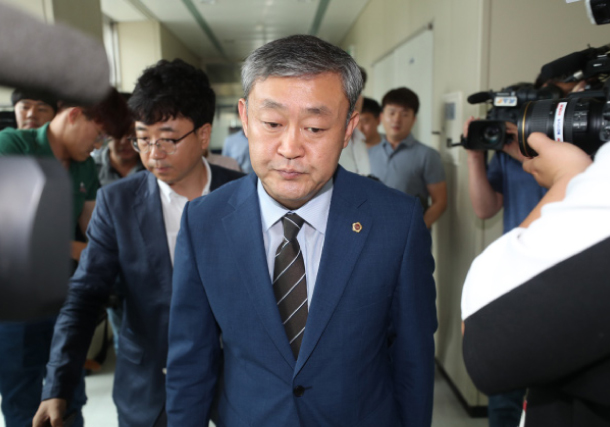 In 1992, U.S. President George H. W. Bush visited Radio Korea, a Korean-language radio station in Los Angeles. The president wanted to show his gratitude for the station’s role in the riots that rocked Los Angeles and, particularly, the Korean community in that city. The head of Radio Korea was Lee Jang-hee, a singer who was popular in the 1970s.

There was no protocol for Lee to prepare and little preparation aside from visits from a couple of White House security staff a few days prior to the visit. Lee had a meeting with President Bush for 30 minutes, and he offered his seat. Bush responded, “You are the president here!” and sat in the guest seat.

That episode is often cited to condemn excessive concerns about protocol. This is not a new issue. We don’t have to look far to find examples. Some municipal and provincial assembly members going on overseas training made news today.

Excessive protocol became controversial as some committees in North Jeolla Provincial Assembly and Ulsan Municipal Assembly sent more civil servants than assemblymen. The assemblies explained that the purpose was to share the outcome of the trip and the training to help assemblymen and civil servants work better together.

But North Jeolla Province’s public workers union had a different explanation. They argued that it was common custom to send civil servants to accompany assemblymen on trips — basically to serve them. As it is based on past practices, the assemblymen have no one else to blame but themselves.

Protocol is the etiquette of diplomacy, especially for summit diplomacy. It is an important element in a relationship between countries.
That’s why so much attention was focused on North Korea’s unprecedented protocol during President Moon Jae-in’s Pyongyang visit for the inter-Korean summit.

Protocol is classy treatment that speaks of respect. But in Korea, the respect often turns into abuse of power or is used to get favors in return.

The Anti-Corruption and Civil Rights Commission addressed excessive protocol recently. It issued a notice that it would revise the Code of Conduct for Public Officials to ban the provision of service beyond customary practice.

Less than a month ago, Moon pointed out that excessive protocol should be cracked down upon. It is regrettable that protocol is misused to pamper the boss, to get a favor in return and has to be regulated.

“Packaged with grace and splendor, it trains people like a drug, but protocol that overwhelms or obscures the substance makes the country ill,” wrote Heo Ui-do in “Bare Face of Protocol.”

It is only fair that excessive protocol should be discouraged, and those in power should take the initiative. Dignity is not ensured by protocol.