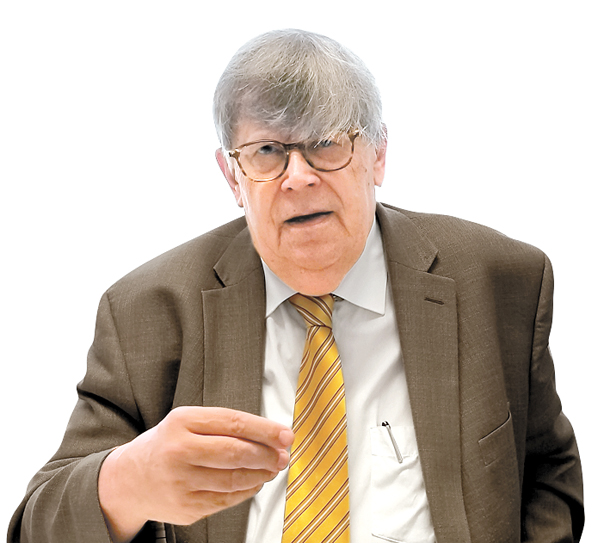 The first step in the denuclearization of North Korea, according to Olli Heinonen, former deputy director general of the International Atomic Energy Agency (IAEA), is to get a full declaration from Pyongyang of its nuclear arsenal and capabilities.

The information needed to be declared will be much broader than what the atomic agency asked for during the 1994 nuclear crisis, Heinonen continued, as the North didn’t have nuclear weapons then. The IAEA report that outlined the needed information was about 30 pages long, said Heinonen, who now works as a senior adviser on science and nonproliferation at the Washington-based Foundation for Defense of Democracies.

The following are edited excerpts of an exclusive telephone interview Heinonen gave to the JoongAng Ilbo on Thursday.

Q. North Korean leader Kim Jong-un said last week he was willing to dismantle the Yongbyon nuclear facility if the United States took “corresponding measures.” What are your thoughts on his proposal?

A. This is more than a nuclear site. So it’s clear that the IAEA will play a role. But before anything is done there, I think it’s important to get a full picture and declaration from North Korea what they actually have on that site … and what they have had in the past and what they may have dismantled. And then they must tell the IAEA or the inspecting organization whether they had some plans to build something new there which people didn’t get to know yet.

On top of that, they need to provide a complete declaration of how much nuclear material they have there, how they have produced it over the years starting from day one - maybe 20, 30 years ago - to give a full historical account of nuclear material-related activities on that site. Then the IAEA and some other organizations will look at it, and they will decide what to do, what’s the best way to do the dismantling.

But before you do any dismantling, you need to take samples … you have to take samples from the reprocessing plant, enrichment plant, and only when you’re satisfied with their declaration and sample-taking do you start the actual dismantling. So you don’t destroy the evidence. And this is something that didn’t happen during the [1994] Agreed Framework or as a result of the 2005 six-party agreement. We now need a very different start in order to do that.

Some experts argue that the dismantling of Yongbyon is not meaningful because North Korea has other uranium enrichment facilities.

What advice do you have for U.S. negotiators with the North prior to inspections?

I think of it as a kind of two-step approach. The first step is for [U.S. Secretary of State Mike] Pompeo and [North Korean] Foreign Minister Ri [Yong-ho] to finally agree what is in the big picture of denuclearization. Taking nuclear weapons away? Taking all the plutonium away? Taking all the enriched uranium away? And dismantling all the facilities that produce those two materials or handle them?

Then [U.S. Special Representative for North Korea Stephen] Biegun and others, based on this big picture, start to go into more detail: What does it mean, what is the order and what kind of declaration should they have in technical terms? They need to look at what they need in order to feel comfortable going ahead. And they need to do that kind of overall plan, and somewhere the IAEA has to come in and look at how to do it in practice.

But this is not next week. It will come at a later time when there is an overall agreement what this is all about.