‘Crime’ to hit theaters as scheduled

‘Crime’ to hit theaters as scheduled 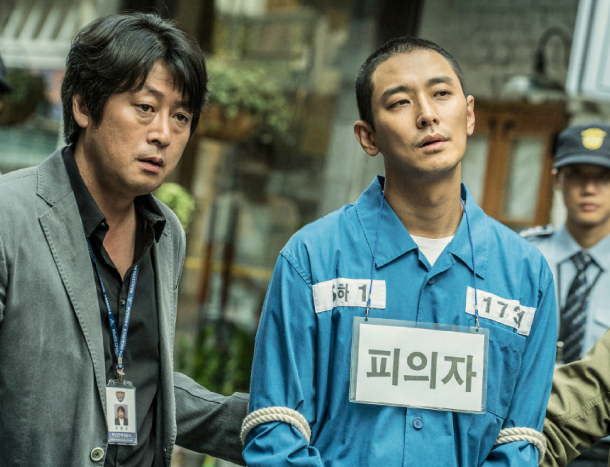 “Dark Figure of Crime” will arrive in theaters on Wednesday as originally scheduled.

Whether the controversial film, inspired by an actual serial murderer, would get a theatrical release was up in the air after the family of one of the serial killer’s victims applied for an injunction last month to ban the movie screening.

The sister of the victim argued that film’s producers did not ask for consent before making the story into a film, and many actual events, including the crime itself and where the incident took place, are reflected in the movie.

However, the family of victim decided on Sunday to withdraw their case after receiving a sincere apology from the film’s production company, Film 295, according to a statement from the family’s attorney on Monday.

Their decision was said to have been partly affected by the families of other victims of the murderer who are looking forward to the film’s release.

Directed by Kim Tae-gyun, the film revolves around a prisoner (Ju Ji-hoon) who confesses to seven additional murders that he had committed in prison, other than the one he had been charged for, to a police detective (Kim Yun-seok).