Fund for start-ups is activated this month

Fund for start-ups is activated this month 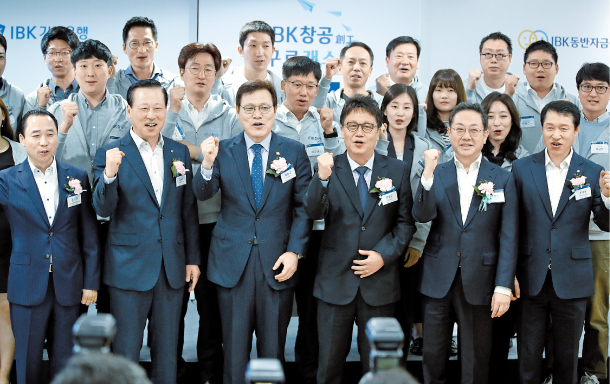 The government will be injecting 3 trillion won ($2.7 billion) of its growth support fund on start-ups starting this month.

“In order to supply investment-oriented capital, we are planning to create an 8 trillion won growth support fund in the next three years,” said the Financial Services Commission (FSC) Chairman Choi Jong-ku on Monday. “This year we will use 3 trillion won of the fund and plan on executing it starting October.”

The FSC last month announced that it was able to create a 3.07 trillion won fund, which exceeded its initial target of 2.35 trillion won by roughly 30 percent. The fund will be managed by 18 fund management companies.

Choi added that the government has also created a 20 trillion won loan program aligned with the growth support fund through an MOU with state-owned banks as well as commercial banks that will be providing support to start-ups and SMEs over the next four years.

“[With such support] companies that are innovative and have growth potential will no longer have to worry about investment and funding,” the FSC chairman said.

He said one of the main differences in the loans lent to the start-ups will be a much less heavier concentration on real estate as collateral as in the past. In addition, the companies will not be judged by past performances but on future potential.

He said the government will be encouraging innovative experiments in financial services through a special law on financial innovation.

“We will create an environment in which anyone can freely develop technology and start a business in the financial sector by running a test bed and utilizing big data in the financial industry,” Choi said.

The FSC chairman was attending the opening of the Industrial Bank of Korea (IBK) branch in Guro District, southwestern Seoul, which offers accelerating programs for start-ups. The first branch in Mapo, central Seoul, was opened in December last year and has already provided support to 20 start-ups.

According to the FSC, some 306 companies have applied for support from the Guro branch. The 20 companies that were selected were start-ups that specialize in artificial intelligence, virtual reality and cultural content development.

The IBK start-up support centers dubbed “Changgong” not only provides office space but also mentoring and consulting as well as day care services for employees’ kids.