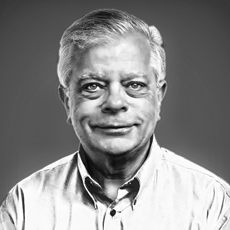 Tom Coyner
The author first arrived in Korea in 1975 as a Peace Corps Volunteer, authored two books on Korea, and worked in business here over the past decades.

Wasn’t the purpose of this month’s North-South summit in Pyongyang to make the peninsula safer? One may argue that beyond the vague agreements, the actual risks have not been reduced and possibly even increased, while the actual weapons of mass destruction are being overlooked.

Consider where we are. There is the inter-Korean agreement that promises Pyongyang will dismantle one missile launch pad at Tongchang-ri and allow international inspectors to the site. North Korea may take further measures, such as dismantling its nuclear complex in Yongbyon, provided the Trump administration adheres to the June agreement signed in Singapore between the two countries and takes “corresponding measures” — whatever that means. However, there is no mention of other nuclear or launch facilities, including ones unknown by people outside of the DPRK.

As reported in this paper last Friday, former deputy director general of the International Atomic Energy Agency (IAEA), Olli Heinonen, pointed out the first meaningful step in the denuclearization is a full declaration from Pyongyang of its nuclear arsenal and capabilities. Heinonen noted that during the 1994 nuclear crisis, the North did not yet have nuclear weapons, and yet the required declaration ran 30 pages. Full disclosure of current capacities would need to be voluminous today. Yet nothing of the kind has been agreed on — only token measures have been promised.

Then the two parties have to agree on the technicalities, such as what specifically needs to be done, in what order and what is the reciprocity required of the United States and South Korea for this process to take place on a phased basis?

Furthermore, what kind of nuclear weapons does the North truly possess? I agree with American nuclear scientist Siegfried S. Hecker that North Korea cannot deliver a nuclear-tipped ICBM to the United States. While they have the needed components, they have not done enough testing to put those pieces together.

It is one thing to detonate a nuclear device, but it is something else to miniaturize it and make it robust enough to survive being placed on a missile. Even the missiles are in doubt. Yes, the North Koreans have done impressive sky targeting, but we are not sure of how accurate their ICBM targeting is. Pinpoint accuracy is not required with nukes, but warhead survivability is critical. What the North Koreans can actually deliver remains an open question.

The one thing we can all acknowledge is that they have deterrents. The North has Scud and Rodong missiles that can reach South Korea and Japan, but we still don’t know if their warheads can withstand the G-forces generated by the missiles.

North Korea possesses a major system of credible mass destruction just north of the demilitarized zone (DMZ), largely aimed at Seoul. The Korean People’s Army ground force has about 12,000 pieces of tube artillery and 2,300 pieces of multiple-launch rocket launchers. In addition, there is a huge arsenal of other artillery, consisting of 170mm self-propelled guns that supplement the slow reloading of rockets. There are also 240mm multiple rocket launchers that together could possibly fire 2,400 rockets in a single salvo, but they would take at least four hours to reload and fire. And finally there are 300mm multiple rocket launchers with a similar reload and fire cycle time as the smaller rocket launchers.

The vast majority of the weapons in this mass destruction system are condensed along a 45-mile line north of Seoul. To be sure, no one knows how well the aging rocket and cannon tubes can withstand firing and or how fresh their stockpiled ammunition is. Replacing tubes and maintaining effective ammunition reserves is very expensive, so it’s anyone’s guess how ready these weapons are.

We do know that blast doors that open during firing and close during reloading protect the firing locations. The controversial Thaad (Terminal High Altitude Area Defense) system is useless against North Korean artillery, which fires shells that are difficult to intercept because of their smaller size and lower altitude than ballistic missiles.

There is no mention of this overall system in this year’s summits. There are no proposals for a rollback of weapons from the DMZ, outside of dismantling 11 guard posts by December. There are mentions of increasing buffer zones and a no-fly zone, but no mention of pushing back the weapons system.

So what kind of agreements do we have? I would argue we have products of psychological asymmetric warfare — something that Pyongyang has long mastered.

With a current U.S. president who defines power in terms of fear, we now have two adversaries pretending they are making progress over unproven nuclear weapons systems while ignoring the clear and present danger just north of Seoul.