Learning from our mistakes

Learning from our mistakes 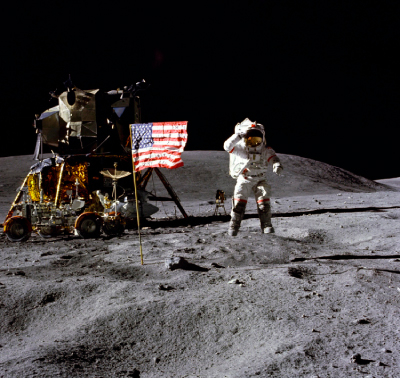 John Young salutes the U.S. flag at the Descartes landing site on the moon during the first Apollo 16 extravehicular activity. [AP/YONHAP]

The National Aeronautics and Space Administration (NASA) is the pride of the United States. It has written many “first in the history of humanity” accomplishments, such as sending men to the Moon, launching space shuttles and sending explorations out of the solar system. But there have been countless accidents and incidents at NASA. In 1967, the Apollo 1 mission to the Moon failed due to a cabin fire that killed three crew members, and in 1986, seven crew members were killed as the Space Shuttle Challenger exploded.

In 2003, a $135 million meteorological satellite was damaged while being moved on a cart as the satellite was not properly secured with bolts. In 1998, the Mars Climate Orbiter fell into Mars because of calculation errors from using the wrong units.

Material preservation was slack. The original copy of the videotape recording the moment that mankind took the first step on the Moon in 1969 is lost. In September 2017, a bag of Moon dust was up for auction at Sotheby’s. It was sold for $1.8 million. The lunar dust was brought by Neil Armstrong when Apollo 11 first landed on the Moon. A collector purchased it from court auction for a mere $995 and auctioned it through Sotheby’s. The court included it in the public auction as it was confiscated from a raid without even knowing its significance. It is still mystery how the dust left NASA.

Celebrating the 60th anniversary, NASA has had various mistakes and failures. Nevertheless, Americans have steadfast trust for NASA. A survey by Pew Research in Washington shows that NASA is the most favorite U.S. government agency among Americans. It is also the top government agency that people want to work for. Despite the Apollo 1 fire and the Challenger disaster, NASA has continued to overcome failures thanks to public support and has remained as the pride of America.

The pride is based on the attitude of NASA and Americans on failure. After the Challenger disaster, NASA’s internal report’s preface stated that everything would change, but the lessons from Space Shuttle Challenger must not be forgotten. In another report, the U.S. government stated that the report was drafted to operate space shuttles more safely and enhance NASA’s efficiency. Space shuttles continued to be launched after the accident and they carried out their missions. It is a part of the American culture to learn from past mistakes and see experience as an asset. I am envious because it is different from how Koreans stop everything after a failure.